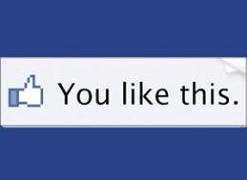 The new buzzword in social media is "like" and it will have major implications on the revenue growth of Facebook over the next several years.  For Pandora, it's a new - and explosive -way of growing fans and listeners.

On the web, when someone indicates they "like" something - a song, a comment, a video - it amounts to a personal recommendation or endorsement.  And we know the power of word of mouth influence on just about everything.  As Tom Asacker told us at a Jacobs Summit several years ago, a recommendation from a trusted friend "trumps" any empirical data you could gather.

Tom told the story of a friend looking for a new car.  After conducting exhaustive online research, checking out all the sites from J.D. Power to Edmunds, the big decision was finally made.  But at a social function later that day, this same person ran into a friend.  After recounting the Internet car quest he had just undertaken, the friend tells him that having once owned that same car, he would never buy one again due to a myriad of operational and reliability problems.  So despite those mounds of hard data, a personal recommendation - or lack of one - from a friend holds sway with most people. 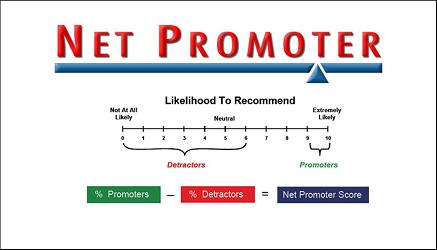 This is also why we continue to use the "Net Promoter" scale in every research study Jacobs Media conducts.  Sure, it's important to know who's "the concert authority" or which station has "the most entertaining morning show," but the measure of "recommendability" is the holy grail of product marketing and growth.

Nielsen research also underscores the "holy grail" of recommendations from trusted friends.  Once someone you know gives a product, movie, or radio station a "thumbs up," it provides greater marketing impact than TV ads, billboards, and bus sides. 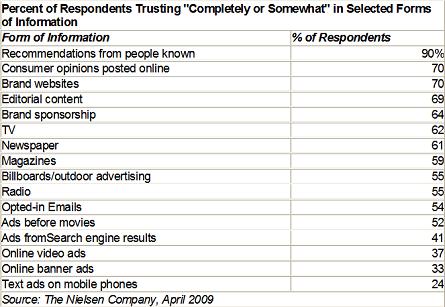 Facebook's Mark Zuckerberg knows this to be true, and that's why "The Power of Like" will change the nature of social media.  You will see that little "like" icon all over Facebook, urging you to make a value judgment which will then be available to your "friends."  Of course, players like Pandora are partnering up with Facebook, so much of the music that you share and recommend to friends will be sourced to them.

And we know that when it comes to music, radio plays an important role - but the endorsement of a song or band from a friend, co-worker, or even a kid can be credible and effective.  This year's Jacobs Media's Technology Survey underscores this point.  Looking at all the different music discovery sources, you can see the strength and power of a "like" vote from a trusted friend.  Now contrast that with Pandora's rank and the reach of Facebook, and you can easily visualize the potential of their social alliance. 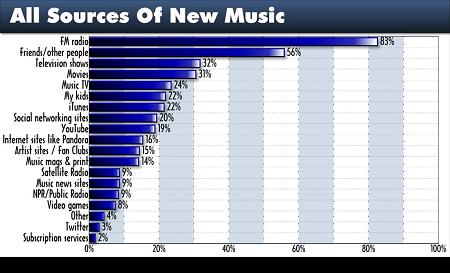 This "Open Graph" concept is the beginning of Facebook redefining social media's impact on the search and the Internet.  There are privacy questions galore, but the bottom line is that Facebook's big partners - like Pandora - are going to get bigger and more important.  If you think Pandora's audience is impressive now  - 50 million and growing strong - imagine the organic growth that will take place by tapping into Facebook's crowd - 8 times larger.