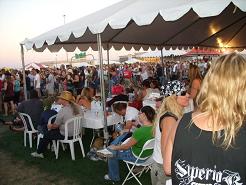 What would you pay for a front row seat to see Eric Clapton, U2, Bon Jovi or whatever artist you've idolized your entire music life?

If you're in radio, maybe not a whole lot.

But if you're a true fan, the odds are good you'd be willing to part with a lot of money - especially if you have it.

A recent New York Times article talked about "V.I.P. pricing" and how some consumers will pay hundreds, if not thousands of dollars for great seats, a meet and greet, and even memorabilia.

It's the old 80:20 rule in action for bands and promoters.  Actually, it's better than that, according to the CEO of AEG Live, Randy Phillips, who promotes the Bon Jovi tour:  "It's probably the biggest negotiation in any tour deal.  On a hot act, you can make as much money from 10 percent of the house as the other 90."

This premium pricing model goes beyond the well-heeled.  It's a reminder to all of us in radio that there is value to access and allowing fans to get behind the scenes.

Oftentimes, we lose sight of the notion that our obligation at stations is to hold up the mirror to the audience and reflect their passion.  It's easy to get jaded when you don't have to pay for tickets or when you commonly see artists roaming around the station on a regular basis.

But to fans, these touch points can be huge difference makers.  And they can create those indelible moments that listeners will never forget.  How can radio better leverage these moments to lock in station fans while doing a better job of championing the music? 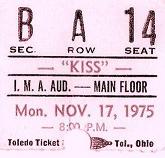 One way is to better utilize station databases to stratify listeners by favorite artists.  How often do stations give away concert tickets to listeners who don't even know why they're calling in to win?  And how likely is it that the guy who gets to go backstage to meet an artist may not be that big a fan to begin with?

By knowing and identifying the groups of fans who love Jethro Tull or Silversun Pickups, stations can better connect true fans to the artists that evoke emotion and loyalty.

Think about the experience - a station's ability to bring avid consumers closer to the bands they care about in ways they simply cannot access on their own.

Maybe a handful of listeners have the money to pay for these privileges.  For everyone else, this is a luxury and an opportunity.

It also speaks to the passion for the music.  We sit in many sales meetings where reps express concern about music repetition or the notion that the format has gotten stale.  If you think about it, Pandora is a music passion play.  And the fact their CEO is a music fan - and a musician himself - says a lot about how the service is designed to bring out the emotional side of consumers.

By tapping into the passion of core fans, an entire staff can be motivated by the energy and enthusiasm of the audience.

And don't forget that at many great radio brands, the opportunity to meet the air staff, tour the station, or get into your V.I.P. sections at events can be a powerful motivator.

Behind the curtain is a powerful concept.

Take it from someone who has been out of the flow of free tickets for a while now; nothing was as shocking as discovering how expensive and difficult to get good concert tickets really are.

I'm frankly surprised the 80/20 rule isn't more like 95/5. At a time when disposable income is tight for many people, it's easy to pass on marginal shows as a justification for spending a lot on the one or two shows that really matter to you.

Mike, you're right. It's amazing how your priorities change when you have to pick and choose. And even then, you often end up with lousy seats. Value is a personal thing, but radio has an incredible ability to put fans in great seats, behind the scenes, and in situations they just couldn't access themselves. Thanks for checking in.