This is already becoming an amazing baseball season - some great rookies, perfect games, the "imperfect game," and now phenom Stephen Strasburg of the Washington Nationals who is the must-see player of the year - and he's only pitched two games.

But fans know something special when they see it - and so do smart baseball execs.  The picture below is an entire booth dedicated to just Strasburg wear.  The reason it has significance, however, is that its location is Progressive Field in Cleveland, where Strasburg pitched the other night. 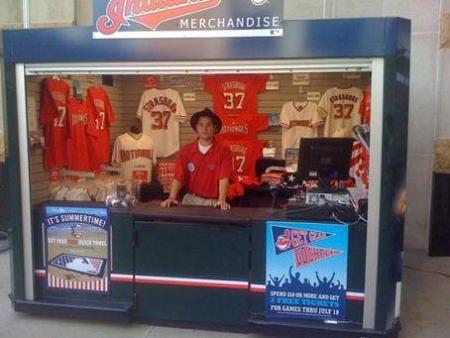 The Indians know a good thing when they see it - even if it's only for one night and they went for it.  (By the way, some fans were referring to the game as "Strasmas," with all due respect to that big holiday in December with a similar name.)

As the Indians' VP of PR, Bob DiBiasio, commented on a Washington Post blog, "We just wanted to maximize the opportunity.  It only makes sense."

Knowing when something's hot and having the ability to react to it is something that radio used to do very well.  Our Keith Cunningham who writes SmartPrep each week for Jacobs' clients understands this like no other.  Many big events have a short shelf life - you either walk through the window of opportunity or it's gone.  Or someone else in the market does it while you're still waiting for approval. 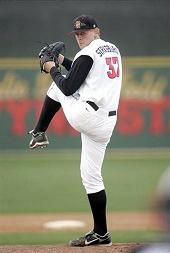 Of course, the Indians don't make Bob DiBasio also oversee PR for the Reds nor do they make him run batting practice or update the website.  My bet is that is he has one dedicated job:  coming up with cool, compelling, buzz-worthy and profitable promotions for the Cleveland Indians organization.  And I'll also bet that when he went to his bosses to pitch them on investing thousands of dollars to buy jerseys for the other team's star, they didn't tell him he'd have to wait until third quarter to spend the money.  Or that he shouldn't be promoting the opposing pitcher because it might make his players unhappy.

There is something lost when radio slashes personnel to a point where there simply isn't the time, the resources, or the bandwidth to do something - right now - because it's the right thing for the organization and its fans.  And sometimes management has to take a short-term financial risk in order to benefit over the long haul.

It is about thinking big, making a quick call, taking a chance, and having the people in place who can seize that opportunity.