« The Price of Innovation | Main | Reunited And It Feels So... Familiar » 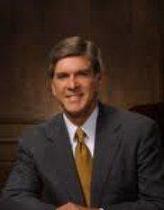 I was a featured presenter at last week's Wisconsin Broadcasters Association at Wisconsin Dells.  Attendance was solid, and as I've learned at these state broadcaster conventions, there's a great deal of enthusiasm and energy for radio in smaller and medium markets.

(On that note, I am sometimes amazed and perplexed why there aren't more representatives from the state's larger markets at these conferences because the content is generally very good, and there is strength in radio broadcasters bonding together.)

The lunchtime guest was NAB CEO and former U.S. Senator Gordon Smith.  According to the WBA's chief, Michelle Vetterkind, this was Smith's first appearance at a state broadcaster association, so there was anticipation about his speech.

Not surprisingly, Smith views his new world at NAB as a lobbying mission, and of course, no one knows those ropes like a former Senator.  He "gets" all the tricks about access and evasion, not to mention the machinations that occur in the House and the Senate when it comes to passing - or blocking - a bill.

After laying out his priorities - and of course, the Performance Tax was at the top of the list - Smith had some comments about the process that struck me as important for all broadcasters, especially as we enter a volatile, controversial, and emotional election season.  He explained that effectively influencing legislation is essentially a one-on-one game - a lobbyist must gain direct eye-to-eye access with an elected representative.  It is in these basic encounters that business gets done.

So in that context, he noted that in all his years campaigning throughout Oregon for various elected offices, he visited just about every radio station in the state in order to get airtime to get his message out.  And throughout these encounters at radio, only one station manager ever pulled him aside to lobby him about an important broadcasting issue.  Looking back on those experiences, Smith viewed them as missed opportunities.

Thus, he urged broadcasters at the WBA to not just give free airtime to politicians this fall, but to take the opportunity to buttonhole them - one-to-one - and have a frank, honest, and direct conversation about key issues of importance to radio and the state or local environment.

Access is critical, and while politicians need radio in order to disseminate their platforms and stands, broadcasters could more effectively get something in return by seizing the opportunity to do a little lobbying of their own.  In an environment where one market manager often oversees many stations, this might be a difficult task, but as Smith pointed out, it could provide substantial returns.

Good advice from someone who's been in the trenches.  It should be an interesting fall.