JacoBlog - Jacobs Media's Blog: The Toothpaste Is Out Of The Tube

The Toothpaste Is Out Of The Tube 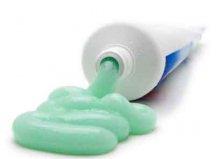 Last week, AT&T announced new data plans structured to get more money from heavy data users on devices like iPhones. While only 2% of iPhone owners fall into this group, this multi-tiered pricing model is focused on them.  As a result, there's been some speculation that higher prices could curtail data usage, including streaming radio stations via apps.

(Note: I'm one of the "data pigs" that AT&T is targeting.  I rarely use WiFi, and I stream lots of radio, as well as the MLB app incessantly.  And I'm averaging less than 1.5 GB a month, well under AT&T's new 2 GB threshold.)

As active smartphone owners know too well, once you become accustomed to doing everything on your iPhone (or iPad or iPod Touch), slightly higher monthly bills aren't going to change a habit that has become firmly rooted.  We pay more for movies, for cable, and any other activity that is near and dear to us.  In this case, iPhone users may become a bit smarter about seeking out WiFi hotspots just as consumers are more vigilant about turning out the lights when they leave a room. 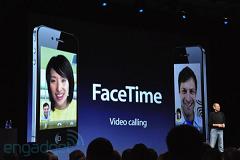 And the upshot of the new AT&T billing tiers is lower data plans for new iPhone users who simply aren't as active - yet.  That could very well attract even more smartphone users to a platform that is life-changing.  Apple's announcement yesterday about the new iPhone 4 will only intensify interest in the most exciting thing that has happened in media and gadgetry in our lifetimes.

At this fall's Radio Show in D.C., we will be presenting "Goin' Mobile," a new ethnographic research study, conducted in partnership with Arbitron.  Like "The Bedroom Project" from '07, it's not statistical, but instead is observational.  To get a better understanding of just how pervasive smartphones have become, we get cozy with an interesting group of 18-49 year-olds in Cleveland, Baltimore, San Diego, and Dallas.  Working once again with Dr. Ed Cohen, "Goin' Mobile" will show us where the puck is heading when it comes to mobile, and how radio fits into this space.

How much data do you use? What AT&T plan do you need (if you're new to the behemoth)?

Jay, I think many iPhone users saw the new AT&T plan and freaked (brilliant marketing, eh?). But the reality is that even heavy users aren't exceeding the 2 GB ceiling. That's not to say their usage won't go up as streaming mobile video becomes more common. But for now, I'll bet even the data pigs are well under the limit. Thanks for the link.