There’s a trend afoot and it has to be the beginning of a larger statement that we may see repeat itself several more times during the next few years.

First, Radio Shack decided to drop the “R-word” and attempt to reposition itself as “The Shack.”  It doesn’t appear to have been very successful, but the thinking behind it was clear.  We covered their decision in this blog back in August of last year.

At that time, (Radio) Shack CMO, Lee Applebaum, described the change as “just contemporizing” the way that consumers think about his store.

Then last month, WTOP in Washington, D.C. made an interesting move by eliminating “radio” from its identification menu.  While still clearly announcing its three FM frequencies, WTOP now uses “on-air, online, mobile” to describe its distribution platforms.  Jim Farley, VP programming, told the trades that “We’re not a radio station.  We are a news organization.”

Blasphemy or truth?  I go with the latter.

And so it was no surprise that NPR CEO, Vivian Schiller, went a similar route in confirming to the Washington Post that the organization will no longer be branded as “National Public Radio.”  Instead, the more colloquial, conversational, and streamlined “NPR” will be used.  And for an organization that has led the way with podcasting, mobile applications, and their cool iPad app, it just all makes sense.

This is nothing new, as evidenced by many brands that have also taken a more conversational, staccato direction – CNN, FedEx, IBM, KFC, and yes, even Mickey D’s.  But it doesn't change the confusion, concern, and even outrage about whether media brands - in this case, radio - are taking their eye off the ball in order to chase digital pursuits.

It signifies a realization that “old media” brands have a strong desire to be viewed as more than entities that fall under the “radio” banner.  Is The New York Times a newspaper, or is it a news organization that is now available in print, online, and on mobile devices?  (Their brilliant media guy, David Pogue, recently reported that his legendary paper has asked their reporters not to use the term “tweet” as in “to say something on Twitter.”  They have a long way to go.)

It's also of note that while some traditional radio brands are de-emphasizing the "R-word," Pandora embraces it.  And a new music service for mobile devices (currently still in beta) is called - interestingly enough - rdio.  Wonder what message they're sending. 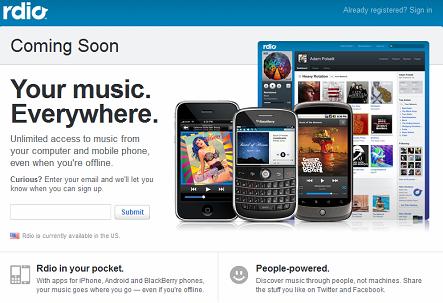 This is also a sign that the puck is moving faster than traditional media outlets are accustomed to moving.  In our quick, A.D.D., time-compressed world, the pace is quickening and content is broadening.

In his well-read blog, Jerry Del Colliano took Schiller to task for forgetting what got NPR to the dance.  But that's the challenge we all face at this intersection - keeping our core business healthy while moving our brands to better meet changing needs, times, and habits. 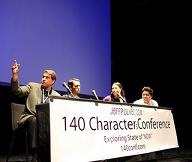 From long, episodic articles in weekly newsmagazines to multi-page stories in daily papers to headline news to online blogs to 140 character tweets, the ways in which Americans are seeking, sharing, and consuming news is becoming faster, sleeker, and more mobile.

Abbreviated brand names and consumer shorthand are all part of the way the game has sped up around us.

Just ask any programmer in a PPM market.