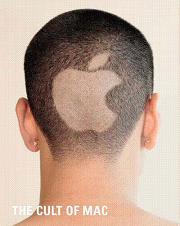 The dilemma that comes along with taking a cool, not-for-everyone brand and transforming it into a mass appeal entity has always been difficult.

The "early adopters" and those who love to live on the "bleeding edge" are always in search of the hot new thing.  And once they find it, they often only want to share it within their tight communities.

If the brand manages to grow its footprint and reaches that all-important critical mass, it can be a game changer, especially for those early discoverers who jealously covet their prized product or brand.

To a great degree, this is what many Indie and Alternative bands endure when they have a hit song or album, and they start performing at larger venues.  Back in my day, Bruce Springsteen was a great example of a "discovery act" who ended up playing the biggest arenas.  Appearing on the covers of both Time and Newsweek in the same week - who both hailed him as "the next big thing" - set his career back five years.

The challenge of maintaining that original core following while selling millions of Born in the U.S.A. albums and playing the biggest baseball and football stadiums was immense.

Today, Apple is an interesting example of the same phenomenon.  Over the years, there has been no shortage of Apple snobs who laugh at PC users.  And in fact, the successful Mac versus PC campaign accentuates the style differences, just as much as it does the functionality and reliability perceptions that it parodies.

But make no mistake about it - Apple may have been a cult brand, but those days are over. 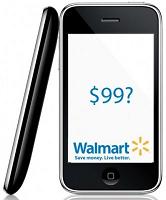 When you can buy an iPhone for $99 at Wal-Mart, that sends a direct message to marketers about the importance of leading and owning the mobile space. (Yes, Wal-Mart carries the iPhone 4.)

Apple's iAd program - which has already pre-booked more than $60 million in advertising revenue - is the next rung of the ladder.  And the initial sales success of iPad indicates that Apple is doing an expert job of walking that fine line between cool innovation and mass appeal.

The Apple versus Android debate that rages on tech sites and inside forums  tends to be about open versus closed app systems.  Apple is often chided for having created a more restrictive world where developers have to submit their creations for approval.  Apple only has two basic screens - one for iPhone/Touch and the larger version for iPad.

Google leapfrogs all that, allowing anyone and everyone to simply launch their apps on a myriad of devices that are created by multiple companies.

Guess what?  Apple apps work, their devices are elegant and reliable (OK, "death grip" aside).  While their empire is far from perfect, most of the gadgetry and software do what they say they will do, and their retail stores are the best in the business.  (Seen a Google store lately?).  And in an emerging digital world that is reminiscent of the Wild West where new handsets, tablets, screens, platforms, and operating systems are being launched and altered daily, there's a certain something to be said for a clean, elegant system that is simple, smart, and just plain works.

Among all the other accomplishments that Apple has pulled off over the last decade or more, its ability to provide a sense of cool for the masses may stand out the most.