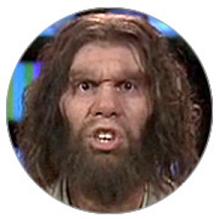 Amazingly, there continues to be chatter throughout the radio trades about whether digital is really the place for the industry to concentrate its efforts.  After all goes the reasoning, newspapers have spent fortunes trying to shift to digital, and yet the results of their efforts have been unimpressive.

The argument also suggests that perhaps radio should be doing a more aggressive job targeting advertising dollars that newspapers still own, rather than wasting time, effort, and money in digital investment.

We have made the case that radio should, in fact, aggressively challenge newspaper revenue in this blog recently (“Newspaper Wars”), and we will continue to rail against mindless media buys that favor the Fourth Estate out of habit rather than logic.

But if radio is to learn a lesson from print about what not to do in the digital age, it ought to revolve around the impact of inaction rather than take a “wait and see” stance about investing in new media and new platforms. 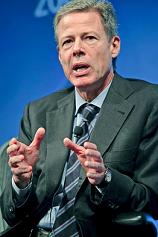 Better to take the lead from someone like Jeff Bewkes, Time Warner’s CEO, who recently spoke to investors about his company’s future.  The key quote:

“Digital is good for media.”

It doesn’t get any simpler than that, and while radio’s Luddites continue to debate the efficacy of investing in digital assets, even a Neanderthal can see the writing on the cave wall:  Either make the moves or become a dinosaur.

As Bewkes and TW CFO John Martin pointed out, digital content has actually increased overall media consumption, rather than the reverse.  Bewkes talked about how digital has opened up new avenues for consumers to enjoy his company’s content, while providing more flexibility and creativity for pricing.  He also spoke of lower distribution costs thanks to digital, as well as the ability to connect directly with consumers.

This last point – building bridges to consumers – is at the heart of the digital transition, and something that traditional broadcasters often fight.  But as Bewkes pointed out, digital can turbocharge TW content, creating an “uber-watercooler effect.”  The digital buzz that can be fueled by social media and online access was never available in the traditional top-down analog model where networks supplied the programming, and consumers just passively consumed it.

After reading Bewkes’ comments and considering just how the sweeping changes in media have become a part of our lives, it begs the question, “What are we worried about and why are we fighting change?”

In other innovative periods, the old technology or business model was simply left behind, at times due to the inevitability of change but also because of intransigence on the part of those in power at the time.

The record labels should have embraced iTunes and digital downloads.  The publishing industry should have welcomed the Kindle rather than feared it.  And newspapers and magazines need to rapidly grasp the power of devices like iPad to save their flagging brands.

The biggest threat to the future of radio isn’t digital.  It’s the caveman attitude that too many in radio still cling to.