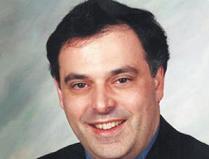 "If you own, manage, or program a Classic Rock, Classic Hits, Alternative, or Active Rock station – and you’re in a PPM market – chances are you’ve taken up residence in 'Happy Land.'”

That’s not coming from a guy who’s consulted these formats for 27 years now.  It’s a quote from Arbitron’s Senior Vice President of Marketing, Bill Rose.  In a recent Inside Radio article, Rock – and its many fragments – are showcased for their strength in key demographics in metered markets.

“Because it’s fragmented into assorted sub-formats over the past several decades, rock’s overall ratings success is often overlooked in a PPM world, where AC and CHR frequently hog the headlines.  But an Arbitron PPM analysis of top-ranked formats shows a surprisingly strong finish for rock. It had the second largest number of stations (9) that ranked first in persons 25-54 from January-March in the 33 markets where the PPM has been commercialized.  That includes the various subsets of the format, such as classic rock (two #1s), classic hits (four), active rock (two) and AOR (one).”

For those of you in diary markets, including metros that are never going to see PPM, this is important news, too.  Because meters provide a more realistic picture of listening and a station’s brand strength.  The success story for Rock in PPM only serves to confirm what many of us have known for decades – these are great formats with resilient, consistent strength.

From the mega-success of video games like Rock Band to all those Super Bowl halftime shows that consistently feature the legends of Rock, American consumers continue to make the same choices for radio formats and music.  This isn’t something that just started a few years ago.  It’s as old as Lee Abrams and the Superstars format.

The other part of the story involves Alternative, a format that always seemed to be on the bubble, outside of Los Angeles.  Yet, in PPM, many Alternative stations – and their fragments – have proved to be impressive, too.  Part of the shift may be due to the inclusion of Cell Phone Only homes.  But the other truth is that Alternative was always a better performer than the diary could hope to show.

With meters, KROQ isn’t the only success story in the format.  Stations like X96 in Salt Lake City, FM94.9 in San Diego, and many others have established themselves as 25-54 players, along with newcomers like WRFF in Philly, WBOS in Boston, and WKRK in Cleveland.

Yet, there are still disconnects in the advertising community, and oftentimes, even in the very same sales cubicles that are experiencing those Top 5 25-54 ratings.  When it comes to maximizing Rock, Alternative, and even Classic Rock ratings, how many stations and clusters have lagged behind in revenue generation?  Too often, agency objections, coupled with the inability of sales reps to overcome them, create underperforming stations – even for some of the markets that Rose is referring to in the Inside Radio story. 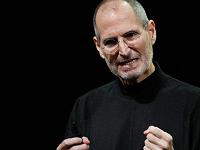 That’s what Steve Jobs has done with the new iPhone and its so-called antenna problems.  While addressing the issue with a free case and offering an “out” to anyone who wants a refund, Jobs has taken a strong position on behalf of his product, his company, and his brand.

Those are the kind of cojones we need to grow in Rock Radio.