What happens when social media meets politics and creates an unintended consequence? 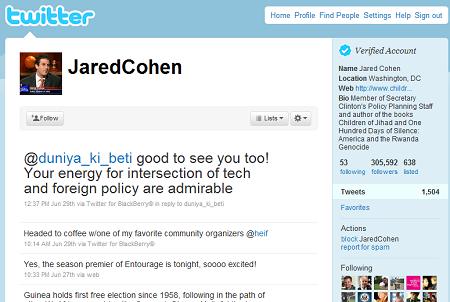 Both of these guys got their Twitter thumbs slapped for sending out colloquial tweets during a trip to Syria.  The State Department was embarrassed by some of their missives, calling their messaging “stray voltage,” and there were the predictable criticisms from the other side of the aisle.

But the piece of the story that may have gone unnoticed is the importance of integrating young people into the political process as hundreds of thousands lived vicariously through the tweets of Cohen and Ross.  When I wrote this blog, Cohen had amassed more than 300,000 followers, while Ross had more than 287,000.  Those are rock star numbers.  As they journey around the globe on official visits, they have become Twitter celebrities, keeping their followers up-to-date on U.S. foreign policy as well as their unique views from the inner circle.

Secretary Clinton praised both Cohen and Ross, saying their ability to combine diplomacy and technology is a piece of “21st century statecraft.”  As we struggle in radio to integrate America’s youth into our medium, the political world has many of the same challenges, especially among a generation loaded with cynicism, and justifiably so. How many young people are seriously considering politics as a career?

This is Twitter at its best – celebrities or people in a position of power or access who take us behind the curtain.  Many radio personalities have the ability to bring their special access – backstage, in the studio, or even at home – into the spotlight.  But so often, tweets from DJs have more to do with “Breaking Benjamin tickets in the 9 p.m. hour” or “Talking about Lost tomorrow morning's Showgram.” 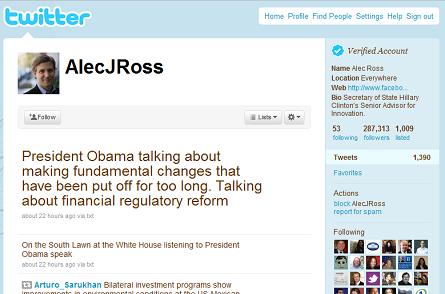 As mobile devices make Twitter totally accessible and ever-present, smart digital strategists and social media thinkers can do amazing things with this great tool – more important than retweeting other people’s stuff or waxing philosophically about the weather.