If you looked at the airplay pattern for a band called the Disco Biscuits over the past year, you’d have to conclude this band is a total stiff:

Yup, 11 spins nationally in the past 52 weeks is hardly a formula for success. 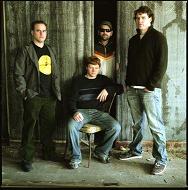 But as The New York Times reported recently, this band is more than successful – they have created a unique bond with rabid groups of followers via festival touring.  The Disco Biscuits is an electronica band you’ve probably never heard of, but they have turned their energies toward live touring, and the result is thousands of loyal fans and sponsor dollars from brands like Coke Zero and Sony PlayStation.

Last summer, I wrote about a similar situation after seeing 8,000 enthusiastic concert-goers at Red Rocks who paid $50 a head to see five hip-hop bands with minimal airplay and no major label deals.  The “headliner,” Atmosphere, has amassed an incredible viral following, starting many years ago in Minneapolis.

The Biscuits have a similar backstory, but their “engagement strategy” is festival-based.  “Camp Bisco” is eleven years old and now attracts as many as 15,000 fans for bands that include LCD Soundsystem, Ween, and Thievery Corporation.  Not exactly Nickelback, Three Days Grace, or Cage the Elephant.

But the results are more impressive.  If you think this is an anomaly, it is actually symbolic of a larger trend in media and marketing – smaller entertainment forces carving out fan bases without the aid of labels, independent promoters, or adds on “influential” radio stations.

The quote that stopped me is from Peter Shapiro (pictured), publisher of Relix magazine:

Getting your single added on 150 radio stations isn’t engagement.

Producing a video and seeing it on MTV2 or even YouTube isn’t engagement.

A concert tour is engagement.  Live performance generates a personal level of passion that you can’t derive from any media, be it analog or digital.  This is direct marketing on an eye-to-eye ground level that is part of the story of entertainment in the digital era. 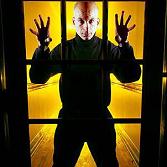 This is a consistent strategy that we also see from marketing gurus like Seth Godin who have essentially given away their product – in this case, books – because they generate demand for his consulting work, speeches, and personal appearances.

As this year's concert tours – with only a few exceptions like Lady Gaga and Paul McCartney – suffer the indignities of cancellations, cheap tickets, and papering the house, festivals like Camp Bisco thrive.

There’s a lesson here for radio and its personalities, too.  In an environment where anyone can build a pleasing music channel from Pandora to AccuRadio to AOL Radio, a local brand with personalities can stand out, connect, and engage.

But not in an industry that consistently jettisons Adam Carolla, Steve Dahl, Tony Magoo, and Dave, Shelly & Chainsaw.  Or at stations that don’t re-educate their personalities about social media, personal appearances, and customer service.

You can take your “great pipes, good phones, and tight board” and stick them back in 1978 where they belong.  These qualities have less and less to do with success in 2010.

As the record labels have learned, the old rules no longer apply.  There are no sure things, and getting your song in a TV commercial or weekly cable drama is a guarantee of nothing.  Performers who connect, inspire, respond, and engage – the ones who know how to work a room or a festival – are the ones that will persevere, grow, and prosper in the digital age.