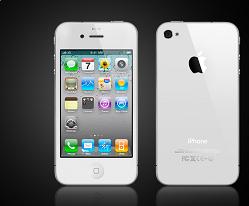 Apple has announced that its highly anticipated white iPhone’s release has been delayed.  It is fascinating how this company can create demand in so many different ways.

What is so different about the white iPhone besides the obvious?

Those are the things that stand out and get noticed.  Every time a new and exciting gadget comes out, its bleeding edge owner enjoys a few days or at most, a couple of weeks of “Oh wow, you have a new i___?” before the novelty fades into the reality that you actually know lots of people who stood in line at the Apple store to buy the new new thing.

But the lesson here is that something truly different stands out.  That was the essence of the Seth Godin book about the remarkability of a cow that is purple, and its truth is even more poignant in today’s fast-moving, highly volatile marketplace.

For marketers and brand managers, the need to be different and to stand out is often at odds with counter marketing messages that urge consistency and safety.

Such is the case with PPM and radio. 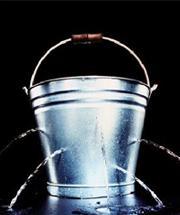 Programmers can focus on viewing their radio stations as leaky buckets, plugging as many holes as often as possible to keep meters locked onto their encoded signals.

But what is the downside risk of creating those black swans or purple cows in an environment where most PDs are trying to excel at “minute-by-minute programming?”

Gord Hotchkiss, president of Enquiro, wrote about Black Swans in a recent MediaPost article, and the book by the same name by Nicholas Taleb.  It was the topic of one of our posts just over a year ago (7/14/09) because of its importance in the overall media/marketing explosion.

In radio; Black Swans have been with us for decades. Christmas music, Jack-FM, Howard Stern, Classic Rock, Rush Limbaugh.  When they first came on the scene, they were met with skepticism, doubt, and amazement.  But they were all noticed.

And as they became successful and proliferated, they became part of the accepted norm, forcing broadcasters to continue to create new ways to get the consuming public’s attention.  From Black Swan to mass appeal.

But when you think of it, what was the last Purple Cow in radio you can recall?

What Black Swans have suddenly appeared over the last decade?

When have you totally felt your world rocked by something, someone – a format, a personality, a promotion, a tactic – where it forced you to rethink all those “givens” you learned earlier in your careers?

That’s why a balance is needed in radio circles, and why broadcast companies need to continue to exhort, cajole, and motivate their brand managers, market managers, and programmers to dig deep to dream up and imagine those Black Swans.  And give them the freedom to try something new, even if it ends in failure. 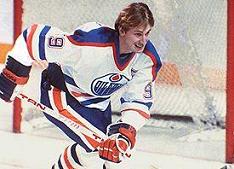 Making fewer mistakes is not a recipe for success, nor is taking fewer risks.  Wayne Gretzky reminds us that “You miss 100% of the shots you never take.”

Playing “Jet Airliner” one more time may be smart for PPM maintenance.  And that next tactical - but boring and unimaginative -  $1,000 giveaway may create another listening occasion.

And create a Black Swan.

Or a white iPhone.

Kudos, Fred. Well said. The examples you reference all share two other critical characteristics, each enjoyed the benefit of risk-taking early believers/evangelists willing to bet their desks and each took time to develop (only to later be considered obvious no-brainers and overnight successes.) My sense is most operators have become expert at risk management so much so that it is increasingly difficult to greenlight anything "different." This is producing a genetic blindness at the senior leadership level, a total lack of competitive acuity that is allowing a new crop of different (e.g., Pandora) to surface and grow without challenge. Too many broadcasters have lost context and perspective continuing to consider online audio services as "pigs on the runway" (i.e., yeah, that pig can't fly, they're small and if they're making money it ain't much and certainly nothing compared to our margins). Let me add and underscore...this is also a time of incredible history-making opportunity for operators willing to experiment. The cost of entry, especially online, has never been lower.

Please allow me to suggest two related good reads. First, if you liked Godin's Purple Cow you're certain to love the original, first writing about standing out by being truly different, it's been called "a Rosetta Stone for the advertising business" Reality in Advertising by Rosser Reeves. It was the great genius Reeves who first suggested the concept, and practical definition, of "Unique Selling Proposition" (U.S.P.) One need only know that this little book from 1961 is for sale today on Amazon for $99 used. First editions sell for hundreds of dollars. It's a gem that every serious radio manager should have on their book shelf. Second, Larry Rosin has written the perfect companion to your post. Larry's writing, Radio's Content Innovation Imperative, is posted at Edison's Infinite Dial http://bit.ly/cj3QT6

Again, thanks for another cogent post. Keep up the good work, your voice is important! P.S. I would have made this shorter but I didn't have the time.

Dave, thanks again for bringing clarity & persepctive to the issue. Larry's piece is on a parallel path to this blog post, and others in the same vein. Maybe the recession sharpened everyone's focus on revenue generation - at all costs. At too many stations, new and exciting initiatives are backburnered or delayed by the question, "But can we sell it?" If sales management isn't bullish, a project or experiment may never see the light of day. All-Christmas music was "unsellable" when it first burst on the holiday scene, as was just about every innovative example you can think of. We have to set aside our leaky buckets before there's a gaping hole in our foundation. Thanks again for being there.

I've spent many years programming AAA stations, and continue to be amazed at the media pros in both radio and records who don't understand the format. "Why do you play songs that don't test well?" "How come there's so much new, unfamiliar music?" "Nobody wants to hear Neil Young (or Bob Dylan) on the radio."
"No Journey?!" To paraphrase Howlin' Wolf, "The managers don't know, but the listeners understand."

Thanks for celebrating Black Swans, Fred.