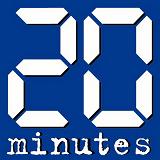 According to Inside Radio, The Media Audit has released revealing new data about how various demographics use radio.

They suggest that older Americans – those in the 75+ category – listen to the most radio: a grand total of 2:40 a day.

Maybe I’m missing something here, but that’s a “gap” of just 20 minutes a day.

And while that adds up across a week (creating an 18-24 comparative listening deficit of 2 hours and 20 minutes a week), the fact is that when it comes to radio, older consumers and their younger counterparts aren’t that far apart.

Are there more distractions and entertainment options for young people?  Without a doubt.  But the fact that radio is a viable part of their lives for more than two hours a day – despite iPods, Facebook, Foursquare, Halo, and any number of distractions – is a victory for broadcast radio.

Here’s another story The Media Audit glossed over:  Americans spend more time with radio each day – 155 minutes on average - than broadcast television (127 minutes), the Internet (120 minutes), and newspapers (64 minutes).

We regularly see radio sales teams struggling to come up with a story that provides the rationale for higher rates – and more respect.

If these usage data from The Media Audit don’t provide that “It Factor,” then I’m in the wrong business.