A Question Of Balance 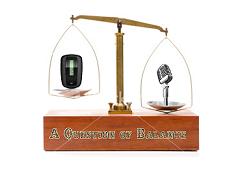 As PPM rolls out across the land, programmers and managers often find themselves in an uncomfortable position with heritage talent.  On the one hand, a great personality show often becomes part of the station’s brand, generating loyal listening and advertiser support.

On the other, some shows have a difficult time adjusting to the faster pace of PPM meter maintenance.  Those long set-ups that listeners apparently sat through back in the diary days are less tolerated in those fickle folks holding meters.  Tempo, pacing, and getting to the point are all part of the challenges that many veteran shows face, especially when they’ve become long-accustomed to operating at a certain rhythm.

Then there are other times when a perfectly wonderful show could simply use an infusion of…something.

Maybe those benchmark bits have gotten stale.  Or that 12th annual fundraiser – while still supporting a wonderful cause – just doesn’t have the impact or the “oh wow” factor it did in the early years.

Or maybe the show simply hasn’t made the adjustment to providing content on listener-desired platforms – podcasts, social media pages, or video.

In those cases where perhaps a venerable brand just sounds sluggish and maybe out of rhythm in a metered environment, what’s the best course of action?

Well, it you ask Oprah, she’d tell you that a new producer – or in her case, a new editor – can work wonders.

That’s what the Queen of All Media has done to shake up her magazine – O.  While it is still a well-read publication, O has shed readers and has lagged behind similar competitors like Martha Stewart Living.

Remember, we’re talking Oprah here, not a second rate talent.  But that’s exactly the crossroads where O found itself, even though it still has very respectable readership – north of 2,000,000 copies sold a month.

So Oprah made a smart move.  She brought in an outsider – Susan Casey – to take over the tough task of re-energizing the magazine while not losing its essence.  And while Oprah still has a strong hand in the magazine’s content, Susan comes at it from the fresh angle that O needed.

As Oprah told The New York Times, “I recognized her talent as superior to my own, in the magazine world.”

For someone like Oprah, this is a major admission that sometimes a franchise needs a facelift – or even a shake-up – in order for it to hit new highs or to regain past levels of success.

I have quoted Oprah’s examples in the past in this blog, and this move with O reinforces my sense that part of what makes just about everything about Harpo Productions impressive is that Oprah is not afraid to take risks, try new things, and step out of her comfort zone.  You may not personally appreciate her content, but you have to admire her approach and her ability to keep it fresh over the long haul.

She’s comfortable being Oprah, but also realizes that in order for her franchise to make greater strides, she needs to rock her own world now and again.

It would be a wonderful thing if some franchise morning shows could learn from Oprah’s example because it might add years to their careers, while helping the stations that support them.

The coming of PPM can be a treacherous experience for a comfortable personality show.  But it can also provide a call to action to re-examine the things that may have got it to the dance in the first place – risk, irreverence, and having no fear.

Maybe adding a new producer, a new character, or even a feature that isn’t in the comfort zone can be just the catalyst that’s needed.

Good qualities for any personality show to possess.  Especially when it’s time for a makeover.