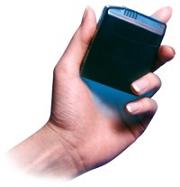 Much is being made of the Ben Fong-Torres "expose" of a real PPM respondent and her experience carrying the meter, recently printed in the San Francisco Chronicle.

I know there are some observers - and Arbitron critics - who view the story as proof of more PPM flaws.  I have read the article several times - and would invite you to do the same.  My "take" is that it's a generally positive referendum on an often maligned methodology.  Fong-Torres, of course, takes a shot at PPM by questioning why "anyone would want to be a participant, especially for the measly money the company traditionally has doled out."

But the reality is that he found a pretty satisfied, cooperative, young (32), white-collar respondent in hi-tech San Francisco.  And aside from occasionally not carrying the meter when she was out to dinner, Angella Sprauve notes, "I was a good panelist.  I wore the meter all the time and followed the instructions.  I didn't find it that intrusive."

Did it resemble a pager?  Yes, reports Angella.  But she also tells Fong-Torres that the meter and the entire process "impressed" many of her friends, several of whom thought "it was fun; everyone I knew wanted to get on the panel."

So, to review, the PPM process – according to this N of 1 – appears to have the following characteristics: All in all, if I'm a radio manager or owner of a station in a PPM market, I'm feeling pretty good about the methodology and the way that Arbitron administers this process.  And as Fong-Torres points out, this respondent had been using the old meter, clearly bulkier and less attractive than the new 360 model.

Full disclosure:  Arbitron has hired us from time to time to conduct research, and sometimes this research has been about PPM.