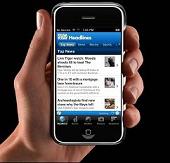 "We have to go where the audience is.  If people are hitting the iPad like crazy, or the iPhone or other mobile devices, we've got to be there with the content they want, when they want it."

That’s USA Today Editor John Hillkirk, explaining why the paper is going through a major makeover to focus on reaching readers on mobile devices.

Keep in mind that this is the second largest newspaper in the country.  While laying off roughly 130 workers, USA Today is undertaking a major overhaul in the face of circulation declines of roughly a half million readers in just the past three years.

Legacy brands can wait for the tidal wave or proactively move into spaces and platforms that have already become consumer destinations. 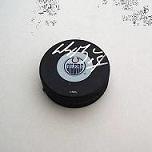 Wayne Gretzky’s quote about skating to where the puck is going to be has become a cliché in marketing circles.  But he was one of the few gifted players who saw the game differently.

Today, you don’t have to be The Great One to know where the puck’s going to be.