JacoBlog - Jacobs Media's Blog: Baby, You Can Sell My Car

Baby, You Can Sell My Car 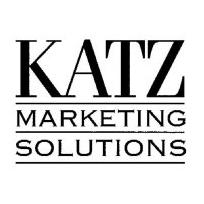 MediaPost’s “Marketing Daily” column recently highlighted a Nielsen analysis, “How U.S. Adults Use Radio and Other Forms of Audio.”

And when it comes to selling cars, some marketers argue that radio is in the best position because of its local flavor and its engagement with personalities.  Chris Hamer, SVP of Katz Marketing Solutions and one-time marketer for Cadillac, points out the “tight relationship between radio personalities, the station, and the public.”

While TV campaigns have an obvious advantage because they have visuals to show off new vehicles and how they drive, radio’s ability to connect with consumers via endorsement spots from trusted personalities sets it apart.

This is encouraging news for radio at a time when automakers are staging a comeback.  And the recent announcement about General Motors’ IPO will only fuel the buzz about new cars.  American car makers, in particular, have clawed their way back into contention, and radio is in a position to energize this new-found attention on domestic vehicles.

But as Hamer points out, there’s quite a bit more value to radio advertising than simply “doing audio versions of TV ads.”  He points out that when there’s “a real personality involved,” these campaigns can be highly successful and can sell cars.

I was recently at an advertiser event where a prominent local media buyer pulled me aside to tell me a story about how she bought one of the most popular stations in town – ratings-wise – but it did nothing to help her client.  As she put it, the lack of personality and engagement on this station simply made her commercial just another unit in an already cluttered cluster. Consumers didn’t show up at her event. 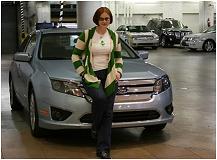 So, I asked her what worked, and she immediately pointed to a Classic Rock station in town with strong personalities in all dayparts.  As she noted, its ratings are lower than that aforementioned station she originally bought.  But the Classic Rocker with great DJs that mattered to locals ended up getting the brunt of her media dollars.

Radio companies are well aware of this narrative because they’ve heard it before.  But sometimes given the pressures of budgets, PPM, and other forces that push them to save some money in the short run, they miss the long-term benefits and advantages that only local personality radio can bring.

It’s not just a way to be different or better than Pandora, Sirius, or the thousands of Internet stations that are available to consumers.  Personality is the competitive edge that local radio has over these global audio sources.

Tomorrow, we’ll talk about how both broadcasters and DJs often miss the point when it comes to hiring talent or finding jobs.  There’s a win-win for both – if we can just determine what’s really important for radio in a changing media landscape.