You knew something big was obviously happening when that oddly named web tool became a verb, as in “to Google something” or to tell someone, “I Googled you.”

A lot has happened in the last twelve years as it pertains to search, aside from the way the Google guys, Larry and Sergey, surprised just about everyone by becoming a web giant rather than just a search tool. 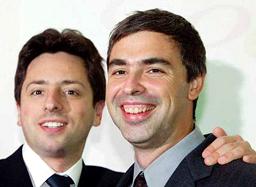 Purchasing YouTube, and then refining and growing the product (Google Maps, Google Earth, Google Trends, Google News) has earned the company a stock price that is well north of $500.  Then there’s the Android mobile phone platform and an entirely new world for Google to conquer.

Along the way, Google knocked off Yahoo and Lycos, probably two of the search engines we all used to use. But competitors are looming, especially Bing, now with an amazing 14% of the search market.

And as the Internet bobs and weaves, we’re finding that recommendation can be more powerful than search.  That’s a big reason why Facebook (“you like this”) has been able to create incredible traction along the way.

So, best wishes, Google.  You’re on your way to manhood.  Next year, it’s your Bar Mitzvah, and perhaps your next innovation, Google Yarmulke.