As regular readers of this blog know, Buzz Knight and I have been “in search of” a radio linchpin – one of those hard-working, unheralded station die-hards who put in more work, effort, and time behind the scenes to keep stations and clusters running strong.

This effort was inspired by WMMR’s Steve Feldman, a member of their street team who has earned his own brand of MVP status for his hard work and incalculable contributions to that station and the Greater Media Philadelphia cluster.

It was also inspired by the Seth Godin book of the same name – a great primer about how anyone can become indispensable to their company or organization.

We received some great entries over the past few weeks – Ben Perez from Greater Media Detroit, and Michelle Marcomb from Maverick Media in Rockford are two individuals who stood out of the crowd.

But our first annual Linchpin winner is Dave “Jickster” Gick from 97Rock in Buffalo.  Dave exemplifies the Steve Feldman model.  He is a “walk-on” who wasn’t born to be in radio, but has become his station’s go-to guy because he simply does anything. 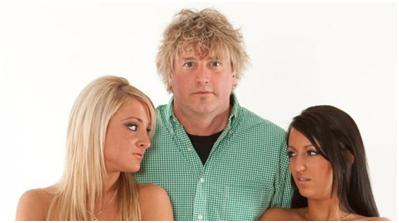 Like a lot of stations, 97Rock has suffered its share of cutbacks in personnel and promotional dollars over the past few years.  Upstate New York has been especially hard hit by the recession, and was suffering long before the financial crisis of ’08.  97Rock has had to maintain its presence and profile in an environment of increasingly diminished resources.

I was speaking with a member of 97Rock’s morning show last year, and he flat out told me that “We just need a couple more Jicksters.”

Good luck with that.  Here’s the story on Jickster from the guy who nominated him, 97Rock Program Director John Hager:

I’d like to nominate Dave “Jickster” Gick at 97 Rock in Buffalo.  Jickster is our Promotions Director, but like most everyone else in our business these days, he wears many other hats.  In addition to hosting the night show via voicetracking, Jickster fills in live during midday and afternoon drive when needed.  He acts as the morning show’s “stunt guy” and always is happy to get up at 5am to hit the streets for the sake of the show.

Every November, Jickster lives in a moving van to raise food and money for the local City Mission and Food Bank.  He shoots, edits, and posts all of our station website videos and keeps the site in the top 5 among Citadel stations for page views, beating many major markets. 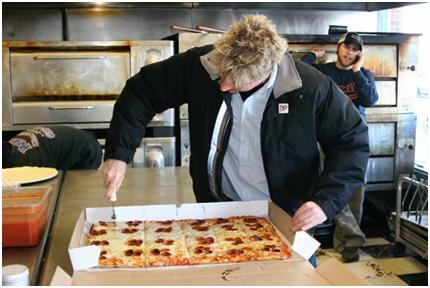 Jickster also runs the PA music for the Buffalo Bills games at Ralph Wilson Stadium – that’s after arriving at the stadium at 6am to set up the legendary 97 Rock tailgate party.  He recently spent the weekend living in the station mobile home for back-to-back concerts with KISS and Tom Petty so that the station had live reports and the most presence of any local radio station.  Whether it’s a core Classic Rock artist or anyone of pop culture note (country, alternative, sports, etc.), Jickster personally parks station vehicles in front of the venue and presses the flesh.

He’s in the Buffalo Bills and Sabres locker rooms on a regular basis acquiring sound and video for the air and website.  His personal relationship with current and former Buffalo sports stars gets the station exclusive access for promotions and on air.  He is often helping (former Buffalo Bills quarterback) Jim Kelly’s foundation and other local charities by volunteering his time and sound system for MC duties and entertainment.

Most of all, Jickster lives, breathes and eats 97 Rock (no time for sleep), and is a great asset to the station and its listeners.

Thanks to everyone who supported this effort, including the guys from RAMP, AllAccess, and Seth Godin himself who appreciated the story and motivation behind awarding a radio linchpin.  And to my partner in crime, Buzz Knight, who always reminds me of the most important things.