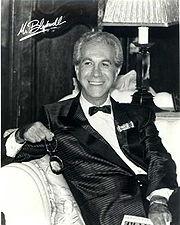 Many people used to look forward to Mr. Blackwell’s famous list of “The 10 Worst Dressed Women” which he started in 1960.

Alas, Mr. Blackwell passed away a couple years ago, and his famous sartorial list went with him.

But one of my favorite hierarchies is the annual “Beloit College Mindset List,” started by Beloit College in Wisconsin, back in ’98.  It is released every year around this time, as millions of newly minted freshmen head off to the world of higher education. 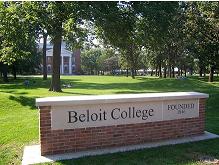 This year’s Beloit list is focused on incoming freshmen who are due to graduate in 2014.  Born in the early ‘90s, the list tells us a great deal about who these young people are, and what they have – and haven’t – experienced during the past 18 or so years since they were conceived.

Here are a few of the fun factoids from this year’s list:

12. Clint Eastwood is better known as a sensitive director than as Dirty Harry.

38. Bud Selig has always been the Commissioner of Major League Baseball.

46. Nirvana is on the classic oldies station.

You get the idea.

But hidden among some of these buzzworthy items that make great morning show fodder are some other important realizations about The Class of 2014 – and how they’re different from us.

2. Email is just too slow, and they seldom if ever use snail mail.

19. They never twisted the coiled handset wire aimlessly around their wrists while chatting on the phone.

28. They’ve never recognized that pointing to their wrists was a request for the time of day.

If you saw “The Bedroom Project,” the ethnographic study we conducted for Arbitron back in ’07, these last three facts of modern life won’t surprise you.  Our respondents were rapidly moving away from email (except for business and school) as well as landline phones.  And their reliance on mobile phones – as alarms and clocks – was very apparent in our “home invasion” interviews.

As we discovered in living color in these ethno encounters, this methodology provides an incredibly clear picture of “where the puck is moving.”  Our “Bedroomers” were texting more than talking.  Today, research has revealed that the average teen sends 3,000 texts a month.  We saw this trend taking shape back in “Bedroom.”

And that’s why we’re excited to tell you about our newest ethnographic adventure – again thanks to the curious folks at Arbitron.

“Goin’ Mobile” is a dive into the mobile phone phenomenon – 18 in-depth interludes with 18-49 year-old adults in L.A., Baltimore, Dallas, and Cleveland.

And while you may be thinking that because you own an iPhone 4 or a Droid that you “get it,” our presentation will help you put this mobile revolution into context.  Because while we were texting with our kids, downloading goofy and useful apps, and checking sports scores and stock prices, our worlds have been rocked in life-changing ways by these devices.

Our presentation is a mash-up of ethnography and documentary – devoid of tables, pie charts, and graphs.  Instead, it will help provide a narrative to where mobile is – and where it will be in the coming years.

“Goin’ Mobile” will be premiered in a SuperSession at the NAB/RAB “Radio Show” in D.C. on Thursday morning, September 30, at 9 a.m.

Here’s the trailer, which will give you a taste of what to expect:

We’ve never experienced anything like ths fast-moving technology train.  With ethnography, we have a chance to slow it down a bit, and hear the stories that will shape our lives and our thinking as we step into a challenging future.