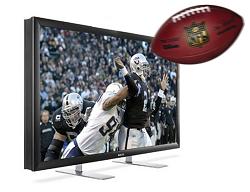 How does a company – or for that matter, an industry – know when an experimental effort has reached critical mass?

The NFL is attempting to answer that very question as the new season kicked off last weekend in the area of content delivery.

Of course, most of us watched our favorite games on cable or satellite television.  But an important minority viewed them on mobile devices or in 3D.

That “leading edge” group is what the NFL is focused on as they literally experiment with new technology in the hope of finding that next big thing.  As The New York Times reminded us last Sunday, the NFL cut a deal with ESPN back in ’87 to exclusively televise games on cable.  And the league partnered with DirecTV in ’94 to offer a package so that fans could watch games that were not broadcast in their markets.

The NFL is no stranger to cutting edge distribution concepts, and that’s why they broadcast a pre-season game this summer in 3D, while also offering fans a chance to view exhibition games live online.

Are there dangers here?  Of course, because the NFL has to be concerned about how online broadcasts might cannibalize its satellite and cable revenue.

But the league is forging ahead, attempting to determine how content and gadgetry will come together in a multi-media future.

A quote from Brian Rolapp, the NFL’s SVP for media strategy and digital media, caught my eye:

“You go in this dance for a certain amount of time, and eventually there’s a tipping point where there’s enough content where adoption starts.”

Rolapp may have been talking any number of experiments, but this discussion is near and dear to many broadcasters in radio.

For Bob Struble and Peter Ferrara, the tipping point for HD Radio is a regular conversation starter.  As Ferrara explained to me last year, the process of achieving mass acceptance for HD Radio is like pushing several wheel barrows up a hill at the same time: auto company acceptance, in-store adoption, consumer interest, and broadcaster buy-in.  Obviously, those “wheelbarrows” are going to climb at different speeds, but the key is to keep them all moving northward.

For other broadcasters, tipping points might be something totally different.  They could be about when digital revenue passes broadcast revenue for stations.  Or when the percentage of listeners tuning via streams surpasses the broadcast signals. 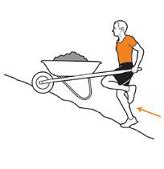 You may laugh at this, but I remember the shock on the faces of lots of AM broadcasters when FM listening hit its tipping point.

And believe me, back in 1968, that event didn’t seem possible either.

But with all of these tipping points, it takes courage, experimentation, and even a WTF attitude at times.  But given the change in the air, the last thing that any entertainment company should do – even one with all the marbles – is to stay the course.