JacoBlog - Jacobs Media's Blog: To TVB Or Not TVB

To TVB Or Not TVB 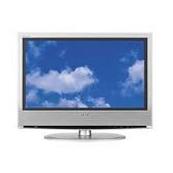 Reinvention is always a challenge, especially for traditional “we’ve always done it that way” institutions.

That probably describes the Television Bureau of Advertising, an organization founded in the early 1950’s that is trying to rebrand itself and simultaneously, re-establish its value to both TV stations and advertisers.

Step one is to start using the same shorthand that the media industry has used for years – TVB, instead of the more formal Television Bureau of Advertising.  (Think KFC, NPR, FedEx, and Mickey D’s – all brands that have shifted their brand names to reflect the way customers talk about them.)

A key focus for the TVB is to rethink its entire mission.  As its new president, Steven Lanzano notes, “We sat down and asked, ‘What would TVB be if we created it today?’”

That’s a tough question that any traditional business – media or otherwise – could and should be asking.  In the TVB’s case, it’s going about its reinvention by making the following moves: 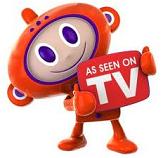 The good news for TVB is that television advertising is making a comeback.  So these moves may be well-timed to take advantage of an influx of cash.  Impressively, rather than just exhale about the recovery, the television industry is going on the offensive, using the opportunity to remake itself through these efforts by TVB.

And that brings us to the inevitable questions about the RAB.  As we look at the state of advertising in the radio industry as the recession dust clears, many of the same factors impacting television are happening in our parallel universe.

We’re looking forward to experiencing the combined forces of both RAB and NAB at this week’s convention in D.C.  While still the industry’s main gathering, a lot has changed in the past few years.  And the integration of these two industry entities to produce a single convention is the first sign that change is in the air.  Jeff Haley has long been focused on digital initiatives, so it will be interesting to see how this new permutation of "The Radio Show" plays out.

We’ll be on the lookout for more tangible signs in our reports from “The Radio Show” in this space and on Twitter (@fnjacobs).