JacoBlog - Jacobs Media's Blog: You Know More Than You Think

You Know More Than You Think

Sometimes, all the digital talk filled with "experts" telling you what's what and what's new can be a confusing mass of conflicting, confusing information.  Coming from the simplicity of radio, new brands, new technologies, new advertising platforms, and new gadgets can be overwhelming.  But I'm here to tell you that your radio background has prepared you for the revolution, and I'll tell you why.

Much has already been written about the Chris Anderson and Michael Wolff cover story in Wired, “The Web Is Dead.  Long Live The Internet.”  It’s a great think piece that provocatively defines the changing media environment.

Anderson and Wolff make the point that the Internet has enabled all of these incredible applications – Skype, Facebook, Twitter, and NPR.org – and those are now the access points that we favor.

Do you remember the early days of the World Wide Web where you’d go to a search engine like Yahoo! or Lycos and just start surfing around?  You could get lost in the Internet.  It was a fun, exploratory, and even educational journey that you’d take when you had a little time and not much to do.

But today, that’s not how we live.  We don’t have time.  And we have a lot to do.  And so we do less random journeying and head directly to destination points that we know, trust, and use the most. 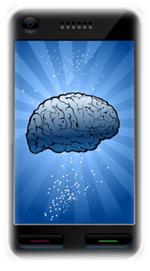 The authors point to the iPhone as the “change agent” for how we utilize content now.  We’ve gotten away from search and have moved firmly to simple, well-defined access points – or apps:

“It’s driven primarily by the rise of the iPhone model of mobile computing, and it’s a world Google can’t crawl, one where HTML doesn’t rule. And it’s the world that consumers are increasingly choosing, not because they’re rejecting the idea of the Web but because these dedicated platforms often just work better or fit better into their lives (the screen comes to them, they don’t have to go to the screen). The fact that it’s easier for companies to make money on these platforms only cements the trend.”

Single-purpose apps are where consumers have gravitated, largely because of the rise of mobile.  In the Wired article, they use Morgan Stanley’s projection that the number of users accessing the Net from mobile devices will pass those who access it from computers – in less than five years.

Thus, the convenience, accessibility, and brand essence of apps is where the Internet has moved.  I have been in a sort of running debate with a smart digital pundit for the last year or so.  My contention is that the iPhone (and similar smartphones) are essentially branding devices, enabling companies, services, and brands to have access to consumers on a convenient basis.  He claims the iPhone is simply a phone.

Think about it - your experience in radio tells you otherwise.

If you worked in radio before there was an Internet, you've had a role in this movie before, and you have the knowledge and mentality that fits so well into this digital mindset. 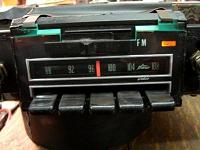 The best example is the pushbutton car radio.  It, too, was a device that favored brands.  Most of the time, listeners didn’t grab the right hand knob and start wildly tuning around to select a station.  That’s the search engine mentality.

Instead, the best programmers understood that the way to derive the greatest benefit from in-car listening was to get consumers to lock in your brand into a pushbutton preset.  If you could become one of someone's five (or ten) presets, the odds were good that you had a sustainable brand, as long you continued to provide consistent, quality content that met a listener’s needs and expectations.

That’s what apps are about today.  You first have to create one that best reflects, enhances, and even expands your brand.  Then you have to market it to ensure that your target audience will find it, “lock it in” on your smartphone desktop, and then return to it.  (Forget about the “ripping off the knob” part.)

It’s why a brand's iPad app that is well-designed will out-perform the experience of using Safari to find that same brand's website.   At a panel I moderated at the NAB in Las Vegas last spring, NPR’s Kinsey Wilson was showing off his new iPad app.  When asked why NPR even bothered to invest in creating this desktop icon, Wilson noted that apps are more reliable than browsing to a web site, and ultimately provide a more rewarding, personalized experience.

And then there’s accessibility.  As Anderson and Wolff point out, choice and openness are wonderful, but “at the end of the day we favor the easiest path.”  You stick with the brands you know and trust, and the easiest ways to access them.

“Every time you pick an iPhone app instead of a Web site, you are voting with your finger,” conclude the authors.

That’s the way it worked with the pushbutton radio.

We know how to play this game.

A couple decades ago, we referred to "the pharmaceutical usage" of radio which was a model in which listeners chose a station as a "mood drug" in order to change or enhance a particular mood. If one was in an information-gathering mood, they might choose a talk or all-news station; a rebellious mood, one of the rock formats; needed stress-relief, an AC station; etc. Although upper management resisted the notion then and many still do today, the PD
was a brand manager and it seems that the app model is an extension of this understanding about "tribal" community-focused service.

Buzz, thanks for sharing your wisdom and perspective. Maybe time to start that movement where we re-brand PDs as Brand Managers, a job title more in keeping with they've always done. Thanks for chiming in.