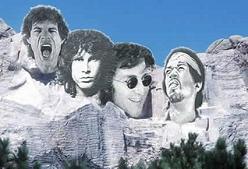 This has been an exciting comeback year for radio.  Counted out by many media pundits, the economic turnaround has signaled recovery for many radio broadcasters, big and small.

In radio, change is in the air.  Bob Pittman’s return to radio is perceived by many as a positive step for the medium.  A deal on performance rights may or may not be around the corner, but whatever the outcome, it will have an impact moving forward on the way that radio and the music industry do business with one another.

And that’s why the 25th anniversary of Classic Rock as an FM radio success is another important milestone for radio.  WMMQ in Lansing signed on back in 1985, and the radio landscape has been forever changed.  Formats come and formats go, but Classic Rock’s long-term success as a viable format – bolstered by the advent of PPM – speaks volumes about music tastes and where they’re going.

I have been fortunate to be on the frontlines of that movement, and was honored to speak about the birth of Classic Rock at the “140 Characters Conference” in Detroit this year, as well as pen an upcoming article for fmqb’s “Programming To Win” series about what radio can learn from the ascendency of the format.  I also participated in Inside Radio’s analysis of Research Director’s PPM format study that will be presented at Arbitron’s Client Conference this month (along with the Jacobs Media Summit).  Classic Rock's PPM performance may surprise you - it's that strong.

One of the nice things about looking back at this last quarter century of Classic Rock radio is that I’m no longer asked “But will it last?”

Maybe that’s because decades after the musical debuts of the earliest forefathers of Classic Rock  - the Beatles and the Doors – they still are making headlines in 2010.

The deal between Apple (the technology company) and Apple (the record label) to offer the Beatles catalog at the iTunes Store is a big deal.  It solidifies Steve Jobs’ online music emporium as the real deal. And it elevates the Beatles to an even higher status in the world of media and entertainment – if that’s possible.

When today’s teenagers are as conversant about Beatles songs, albums, and history as their parents (and grandparents) who grew up with this music, it says something very important about the “currency” of the music.

And when Florida Governor Charlie Crist announced his plan to pardon Jim Morrison’s indecent exposure conviction at a concert that took place more than 40 years ago – and the story is covered on page 3 of The New York Times – well, it speaks volumes about the power and popularity of the genre and the rabid loyalty of its fans.

Arbitron’s “Radio Today” reports there are now over 800 Classic Rock and Classic Hits terrestrial stations – more than there are Active/Mainstream, Alternative, and Triple A stations combined.

The success of this music on the radio – where it was all originally exposed and enjoyed – speaks for itself.

And with the radio format that specializes in this music turning 25 with ratings that rival and, in many cases, surpasses its performance back in the ‘80s, it is another reason to celebrate radio’s contribution to America’s media and entertainment menu and a format that most definitely has legs.

Thanks, Dan, and for your contributions as a Classic Rock programmer.

Mr. Jacobs,
We never had the opportunity to work together. That's very sad to me, I always thought you were far ahead of the game. Thanks for your enthusiasm and your expertise.

Randy, thanks so much for the kind comment. You've been a legend in rock radio over the years and I really appreciate it.