Jacobs Media clients know that we are strong proponents of using Listener Advisory Board groups throughout the course of a year.  These are focus group-style sessions, typically held in the station conference room.  They are often less expensive versions of the real thing, and yet, they can yield so much more.  For small incentives (or even concert tickets and CDs), and some pizza and sodas, stations can really zoom in on their core audience to measure their passion levels for just about everything on and off the air.

Some criticize this approach, claiming that L.A.B. groups don’t represent the entire cume, the P2s, and occasional users of the station.  And they don’t.

But as we learned in the diary, and now confirmed in PPM, the reality of winning in the ratings comes down to the fact that 30% of the audience generates 75% of the listening.  Often referred to as the 80:20 Rule, the fact is that a small percentage of listeners are the drivers, the “sneezers” (those most likely to tell others about the station via word of mouth and social media), and the ones who truly “get” what you’re doing.  (Sadly, they often know more about the station than some of the salespeople.)

In public radio, they’re the ones who send in the checks – the “members” who keep stations going, during both good times and bad.

So, they’re not just worth talking to – they can help guide programming, branding, digital, and social media initiatives – if you take the time to listen to them.  And they are a critical component in winning big.

Last month, The New York Times highlighted a new online shopping website, Plum Willow.  This company is actively bringing in teams of 15-16 year-old female interns, and literally giving them a seat at the table.  The girls – the core audience of Plum Willow – are intimately involved in the website’s design, features, and usability.

The company’s chairman, Charles Federman, notes that originally, these girls were brought in as “a sanity test” to ensure Plum Willow was actually a good idea.

But as Scott Stone, the company’s co-founder and head of biz dev, points out, “It went from us talking to them to us listening to them.” 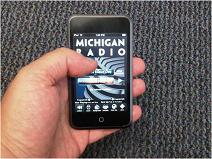 This is the real value of L.A.B. groups.  Back when radio was an even-keeled, consistently successful business with very little direct competition from other media, a perceptual study was often good enough.

Today, the ways in which consumers access entertainment and media, utilizing new and different gadgets, changes the game.  More of them are texting than you think.  Smartphones are becoming standard operating equipment.  And many are now checking their Facebook before their open their email.

Determining the passion level for your morning show, getting a sense for how easy (or difficult) your website is to navigate and use, and assessing whether anyone knows about or uses your smartphone app are all questions that you can pose and learn from in L.A.B. groups. 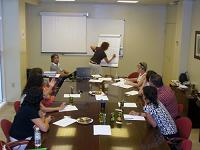 To tune into how your best customers use your station is critical, and drilling down with the help of “Super P1s” from your email database doesn’t just make sense.  It becomes paramount in this rapidly changing environment.

Listening to your listeners, and learning from them is Job One.

While they’re still your listeners.

I follow you VIA GFC and I love your blog!

let's join our hands together to stop this kind of wrong doings. It may risk lives in the future if we just let them continue.