And if you watch any episode of AMC’s Mad Men, there’s no question about who ruled in the world of business in the 60's.

But as has been the case for the last couple of decades (at least), women are the most sought-after demographic by advertisers.  And there’s a lot to be said for that.  While Don Draper and Roger Sterling were out slaying dragons and winning over new accounts, their wives were doing lots of the shopping and home decision-making.

To minimize men, however, is to limit the buy and reach power of advertising.  Because in so many households, men are playing an increasingly larger role.  And then there are the situations where men are on their own, because of divorce or simply remaining single – 44% of men in this country aren’t married.

When buys are limited to stations like Sunny and Lite, a lot of audience is left on the table.

So what can highly-rated Rock, Classic Rock, Sports Talk and other stations do to combat this obvious trend?

Arm themselves with data and stories that will effectively counter this tide, while addressing objections with proven reasons why their audience matters.

It’s not going to happen with a sales trip to Cozumel.

Or a great client lunch.

Or by packaging in another station in the cluster.

Or by bonusing buys with remotes and other “value added” staff time-wasters.

My partner at Jacobs Media, Paul Jacobs, has been taking on this challenge for 20 years now, starting with our efforts in Alternative through The Edge, and working his way up through Rock and Classic Rock stations.

He’s a born sales trainer, coach, and format champion, and has made hundreds of trips on behalf of male-centric stations over the years.  He wants to do more than speak at advertiser breakfasts, roundtables, and sales meetings.

So that’s why he came up with the “Marketing To Men” initiative set to go early in 2011.  It’s a web survey sponsored by male-based stations that will focus on buying habits, decision-making, and shopping preferences of men.  It is designed to arm any male-based station's sales staff with the local market data they need to turn around objections and mindsets. 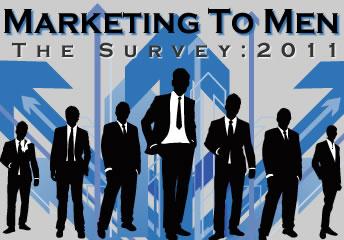 It is priced so that if this research helps a station garner just one buy, the research more than pays for itself.  Click here to learn more about how your station can participate.

It’s time to stop whining about missed buys, bad targeting, and other excuses why viable radio stations brands are being left behind.  Sales reps require information that can change the perception that all men are slugs who have no yank in decision-making, child rearing, or actual purchasing.

As a programmer, I am often amazed why a station’s product and content are regularly scrutinized and researched, while the selling efforts are often seat-of-the-pants, with little data to support sales strategizing.

If you’re a manager or sales manager reading this blog, consider what a small investment might mean to your male station’s revenue goals in 2011.  And if you’re a programmer, please forward this blog to your sales and general managers.

We’re here to help, and we’re invested in this men thing.  There are so many great male-based station brands in broadcast radio.

It’s time they manned up.