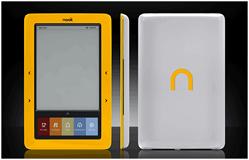 It was no surprise last week when Pandora announced it will be loaded in the new NOOKColor, so you can now read and listen to music at the same time.  This comes on the heels of Pandora making a series of announcements about how their Internet radio station is becoming rapidly available in more and more cars, like on Ford’s SYNC.

And it was also no surprise when Pandora founder Tim Westergren explained their complicated philosophy to be everywhere: "Our goal is to be in every new car that rolls off the manufacturing line."

OK, I know what you’re thinking.  “So what - broadcast radio is already in every new vehicle that’s manufactured.”

True enough, but if that's your logic, you’re missing the point about the importance of being everywhere.  We’ve covered Pandora’s broad ambitions many times in this blog, while also demonstrating the power of this channel in our “Goin’ Mobile” project that we put together with Arbitron.

Yet, in meetings with many broadcasting clients, I am often asked about which technical outlets and gadgets are most important “because we can’t do everything.”

Well, that’s not the way Westergren is thinking.

Some of these experiments – like Barnes & Nobles’ Nook – may not be around in three years.  But like a gambler who wants to win, Pandora is placing its chips down all over the table because it isn’t possible to predict the media, devices, and technologies that will be hot down the road.

How will the radio industry best use its stack of chips?

Well, this we know – mobile devices will become more ubiquitous and powerful over the next many months and years.  And people’s urge to connect with one another will intensify and become even more personalized.  And great content will always be of paramount importance, but so will making it accessible to consumers wherever they are and whenever they want to access it.

Where are the digital strategies that will guide the radio industry's thinking at a time when CEA CEO Gary Shapiro continues to challenge radio to embrace new technologies?  Gary will be joining this year’s Summit in December as part of Arbitron’s Client Conference, and we are very interested to hear his “take” on where radio can and should go next.

And then you look at the New York Knicks.  While the NBA fan base is blathering over the Heat, Lakers, and Celtics, what does a storied but long-suffering franchise do during a year when just making the playoffs would be considered an accomplishment?

Simple.  Their idea was to cement the relationship the team has always had with its fans, despite all the disappointments and false promises of the past.  The new slogan is “You. Us. We. Now” and they just launched a new website www.knicksnow.com.

The campaign is multi-media in scope, utilizing Facebook and Twitter to amp up the team’s relationship with its fans.  As Howard Jacobs (no relation), EVP of marketing at MSG Sports (who owns the team), points out to The New York Times, “What is the future of fan engagement?  It’s more dialogue than monologue, a conversation between the brand and the fan.”

For many broadcasters – accustomed to simply playing music and talking to a mass undifferentiated audience – bringing the listener to the table is still an adjustment.  But the payoff in loyalty and digital connection is essential.  In the metrics – Facebook “likes” and Twitter followers – it's looking like the Knicks are on the right track.

But this campaign is about more than numbers.  It is about a great brand with talented celebrity players reaching out and bringing the fan base into the fold, behind the scenes, and into a position where they can interact.

That’s the secret formula for radio brands, too.

The Knicks are investing heavily into this effort.  And they are deploying agencies and personnel to make sure it operates properly.

While many radio stations and brands are making positive steps in the social direction, the problem of who in the organization heads up these initiatives continues to be hazy.  Oftentimes, it is the third or even fourth job of the PD, the jocks, and the marketing staff.  Which means that no one is truly responsible for goals and results.

Who’s the social media point guard at your station?