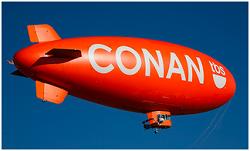 Consider these comments in a recent New York Times article that describe a popular media personality and his new show:

“It will be a hit with advertisers initially because of the familiarity they have with ______.” – Brad Adgate, SVP for Research, Horizon Media in NYC

“We know ______ has a passionate following, and we wanted to tap into that.” – Daryl Evans, VP/Consumer Advertising & Marketing Communications, AT&T Atlanta

Here’s another quote from Evans:

I’ll bet your station has an incredibly strong personality or show that has strong local passion and perhaps even solid ties with advertisers.  Wouldn’t it be nice to fill in these blanks with your morning show or your afternoon talk host?

The name that belongs in these blanks is Conan O’Brien.  Turner Entertainment ad sales is leveraging his new show on TBS.  In fact, they had deals in place with AT&T, General Motors, Microsoft, and the News Corporation – before the show even aired.

How is that possible, especially for a guy who “the press always liked…more than viewers,” according to Steve Sternberg of the Sternberg Report?

Nonetheless, to hear Linda Yaccarino, EVP and COO for Turner Entertainment tell it, getting Conan off the ground (check out the AT&T blimp) with advertisers was about “working closely with Conan’s creative team” to integrate sponsors into commercials.”

O’Brien’s team also utilized social media, generating nearly a quarter million “fans” for the show’s Facebook page, as well as more than 100,000 followers on Twitter, a strategy they are working hard: 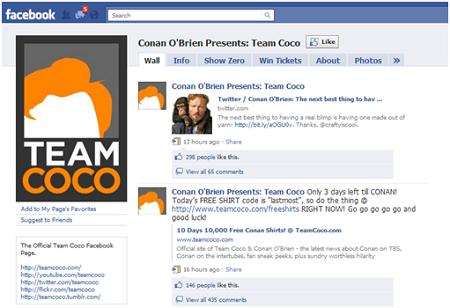 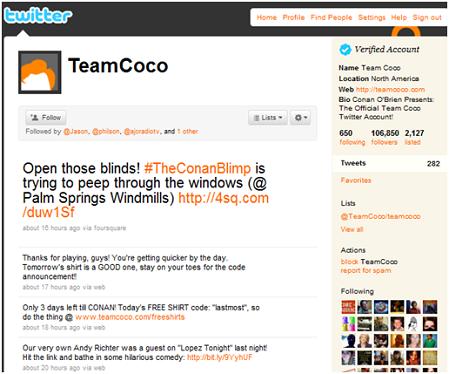 This combination of strategy plus investment guarantees a successful launch for Conan, whether the show ultimately wins in the ratings or not.

And it speaks to the differences between the way that TV companies and networks approach their franchise shows and personalities and the way that radio often does it.

1. Investment. Turner invested in promotional materials and collateral, well before the show debuted.  By thinking and acting big, they communicated the message to advertisers that they are committed to this show and their new personality icon.  In turn, sponsors and brands – already familiar with who Conan is and what he does – feel that if TBS believes in this show, they can, too.

2. Integration. Conan’s team is ready, willing, and able to work with sales and sponsors to handcraft commercials, campaigns, and materials that reflect his brand essence.  By working closely with advertisers, the Turner sales team reflects a confidence in Conan – to him and his team, and to these sponsors.  Plus, the show gets incidental marketing from commercial campaign integration.

3. Social media. Conan and the Turner team had a plan to generate audience excitement for the show, something that any major personality could do.  But presence on Facebook and Twitter – with strong followings on each – is another metric for advertisers that demonstrates engagement and loyalty.  It also helps to ensure a respectable audience when the show kicked off.

4. Proactivity.  Turner didn’t wait for the first few Nielsen's “to see what happens” in the ratings.  In radio, that “wait and see” approach guarantees a slow advertising start for new shows.  By locking down advertiser commitments upfront, Turner has some breathing room to tweak the show and its marketing after it rolls out.

5. Strategy.  Offering sales trips to Cozumel in January isn’t a strategy.  It’s a tactic.  A strategy is working with individual advertisers to create win-win-win programs for Turner, brands, and viewers.  In the process, some of these advertisers are using their own sites and media to promote the show.  Diet Coke and Bing are both advertisers that are creating their own content or using their sites, while Chevy may give away a new 2011 Cruze.  By helping advertisers debut their own products in the show, Turner and Conan can share in their success.

Tailored promotions, talent integration, product placement, and an intrinsic belief in the product are all components in the Team Coco plan.  All departments at Turner are on board – programming, talent, sales, social, and marketing.

(And if the first night means anything, Conan edged out both Jay and Dave.)