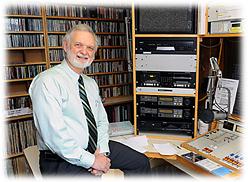 Recently, a good friend, Art Timko, retired as station manager of public radio station, WEMU, in Ypsilanti, Michigan.  Art held that position for four decades, and at his retirement party made the statement we've posted below.

From both a public radio and journalism point of view, Art's thoughts are worthy of your time.  I have found over the years that many professionals in commercial radio don’t always have a great handle on public radio and its impact.  Art’s comments are very informative and provocative. You may not agree with his POV, but his views will get you thinking.

This has been a strange couple of months for public radio, due in part to the Juan Williams incident, which Art addresses.  And in light of political action that may loom on the horizon when the new Congress is sworn in, Art’s “take” is worth your time.  And of course, I am looking forward to your comments – both pro and con.

Best of luck to Art.  He has served his station, Eastern Michigan University, and the community with dignity and class.  We wish him well.

Somewhere along the trail of the past 39 years, I came to realize that I was not working in the radio business.  While the vehicle is radio, what I was actually doing was public service.  That is true of others at WEMU and throughout the public radio industry, as well.  Everyone at WEMU is focused on service.  Whether the person is Arwulf with his passion for the early days of jazz, or the award winning Linda Yohn with her efforts to do whatever she can to make your day a better one; or Bob Eccles with his moral center and sense of right---who was fired from a commercial station for not sticking his microphone in the face of a police wife at the height of her grief on the day she was widowed, service to you is always preeminent.

There are others, however, who subscribe to the philosophy that a primary domestic concern of our government and our society should be…money and the acquisition of power.  You can hear it in what they say, how they say it and the policies they propose.  Money—who gets it, who keeps it, how it’s spent.  Power—how to acquire it regardless of cost, how to retain it, how to use it to promote an ideology.

There are others who subscribe to the philosophy that people come first, that money is a means to improving life, not only for oneself, but also for others in our community regardless of financial circumstance.  Money and power are used to lift up the community.

These are two very important and different perspectives to consider, because the domination of one over the other will dictate how we live and the kind of communities in which we reside. 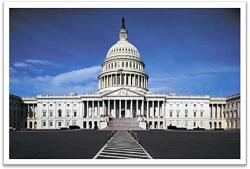 More directly, I believe that in the coming session of Congress there will be a significant effort to eliminate funding for public broadcasting.  It will likely be stated as an effort to reduce the federal deficit.  However, the more significant truth is that there are those who object to public broadcasting running counter to their single-sided view of the world.  They bristle at efforts to present balanced reporting, looking at all sides of an issue and bringing truth to bear.  They oppose the Fairness Doctrine, a former FCC policy requiring balance in the discussion of significant issues.

They oppose this approach not because it limits freedom of speech, but because it destroys their business model built on ideology, one-sided opinion, inciting action through misinformation and misguiding a community of ill-informed people.  Ideologues will wave the flag and talk about denying an analyst, Juan Williams, freedom of speech, while the real issues were insubordination and violation of contract.  They will do this in an effort, in fact, to stifle freedom of speech and the independence of public broadcasting.

It is not only appropriate that the beneficiaries of public radio’s service should participate in the funding of this system, but it is also a partial guarantee of its independence.  Funding from all sources, from all who benefit, including the federal government is critical to the survival of stations across this country.  Universities who hold licenses benefit from their stations, businesses who underwrite benefit, listeners who enjoy the programming benefit and the federal government benefits by supporting a system of balanced journalistic reporting for the good of its citizens, especially in an era of opinion passed off as journalism.

As this next Congress convenes, there will be a battle and the only way YOU will win is to engage it aggressively.  If funding is curtailed, YOU will lose.  Stations will be limited in what they can provide.  Not only will news be crippled, but so too will the cultural contributions to local communities and their quality of life.  While we must be fiscally responsible, please do not be blinded by duplicitous arguments.  This is a challenge to balanced journalism, public service and quality of life.

The question is fundamentally:  do you want a source of free speech and free exchange of ideas as imperfect as it may be or do you want to be fed by either a commercial media too weak to provide comprehensive, community-building programming or commercial media, more interested in income than in ethics, opinion more than fact, and power more than helping this country grow stronger and together.

The choice is yours.  Please answer the call when it comes, public broadcasting needs you more than ever and you need a strong, informed country and electorate more than ever before.

I read your post with comments from Art Timko about taxpayer funding of “non-commercial” broadcasting. Art seems like a thoughtful guy, but he’s framing this falsely, and way too narrowly, when he views it as an ideological battle.

There are plenty of commercial media outlets doing a valiant job of trying to cover the news and serve their communities, while battling a bad economy along with historic disruption of the business model for ad-supported local media. Has Art looked at the books of a local newspaper lately? Or those of many local radio or TV stations? No taxpayer subsidies to be found there.

For years, we’ve seen public radio stations promote themselves via advertising that directly slams commercial radio and woos its listeners. We’ve seen them hire away commercial radio salespeople to go out and find advertising (er, sorry…they call that “underwriting”) dollars on the street. Many have done a great job of amassing large audiences and healthy revenue streams. Fair enough – it’s called competition, and that’s the way America works.

But why should one competitor be propped up by the government, while the rest fend for themselves? That’s the disconnect.

Thanks for the comments, Carl. It will be an interesting session of Congress to be sure. Appreciate you taking the time.