« Best Of JacoBLOG - Snakes | Main | The Spirit Of The Digital Holidays »

Best Of JacoBLOG - You Don't Know Sh!t About Your Audience

We sincerely hope you are able to enjoy the holidays with friends and family, while refueling for the challenges ahead in the new year.  As we wind down our blog for 2010, we have pulled out some of the more talked-about posts from this past year.  Today’s entry goes back to last May, and a speech that media pundit, Bob Garfield, gave to a broadcast conference in Canada.  We called our post “You Don’t Know Shit About Your Audience” – a direct quote from Bob’s presentation.  We hope it provides some food for thought as we wrap up the year. 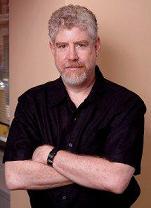 The line that caught my ear:

"You don't know shit about your audience."

While Bob went on to offer something of a prescription for broadcasters, the reality is that on that point, he is correct.   I'm not crass or smart enough to tell you what you need to do in order to win in this new environment.  But I do know this - most broadcasters simply do not have the necessary information to craft out viable strategies in this crazy environment.  And because the competition has now expanded exponentially, knowing what consumers are thinking is the most valuable commodity of them all.

The radio industry spends millions of dollars on ratings to simply tell us who's listening and when.  Today's Media Monitors married with PPM data now graphically show us when meters are migrating based presumably on what a station is doing at that precise moment in time.  But if most of what you know about your audience is coming only from Arbitron and Nielsen...

That's because ratings merely tell you who and what but never why.  The understanding comes from learning the perceptual and behavior reasons why consumers tune in (and out) stations.  Is it the brand, does it make them happy or angry, does it make them smarter, or is it just fun?

If you're now hooked on the immediacy and accuracy of streaming data from sources like Google Analytics or Ando Media...

It is not enough to know how Pandora has lapped the field or whether your mobile app has been downloaded more often this month than last.  If you don't understand the motivations that are driving these behaviors, you're missing the rationale and emotion behind these usage patterns.

If you're continuing to traipse to Hiltons and Marriotts to play 600 hooks to 90 people in a meeting room, you're testing lots of songs, but...

The challenge goes well beyond what songs they like.  We're now dealing in choice, access, variety, and the barriers (commercials, fees, etc.) that consumers must wade through in order to get the music they enjoy.  Anybody can learn that "Won't Get Fooled Again" tests while "Slip Kid" doesn't.  It's the rest of the information about how music is discovered and consumed - as well as where - that is the Holy Grail.

Much of the perceptual work that stations commission merely scratches the surface of true listener tastes.  That's because we continue to ask the same questions:

Which station plays too many bad songs along with the good ones?

Which station is the concert authority?

If WAAA went off the air, which station would be your next choice?

If those are the questions you're continuing to ask in those $30,000 perceptual studies...

Learning about what consumers do when they're not listening to the radio - assuming they still are - is just part of solving the Rubik's Cube that is media behavior.  The digital and entertainment worlds have rapidly expanded and in the process, have become more complex.  Just as consumers aren't enjoying the same media and gadgets as they did twenty years ago, using the same old research tools can't possibly measure the scope of what they're using now.  And instead of asking the questions, we would all do well to listen to consumers tell us their stories about how media and technology are changing in their lives.  And how we might be able to still make a difference and provide something additive to the experience.

Learning the motivation behind behavior is key.  That's why many of the free, open source studies that are conducted in and around the radio industry are important, especially when they tell us more about why consumers do the things they do.  "The Bedroom Project" that we conducted with Arbitron is a great case in point.  While three years old, that study clearly showed where the puck was moving, using breakthrough ethnographic research instead of the usual Q&A format.

Similarly, those Arbitron/Edison "Infinite Dial" studies longitudinally tell important stories about trends relating to media, gadgets, and how consumers feel about them.  Like our Technology Surveys - now in their sixth consecutive year - they are designed to help broadcasters understand the lay of the new land, going well beyond their favorite morning shows and prizes they want to win.  Say what you will about Arbitron - they have funded much of the research that benefits all of us.

It is difficult for programmers and managers fighting the ratings and sales battles on the streets of cities and towns everywhere to be able to think big enough to have this perspective.  So it becomes the onus and the responsibility of broadcast companies, the RAB, and the NAB to make these R&D investments that can inform their employees of the mega-trends that are impacting radio and the rest of the media pie.

The pundits, know-it-alls, frustrated cynics, and false prophets don't have any more answers than you do.  If you want to learn about your audience, you have to invest in information.  And you have to ask the right questions.

It has never been more important that you DO know shit about consumers, whether they're still listening to the radio or not.

The truth is out there.