« On The Backchannel | Main | A Public Radio Challenge » 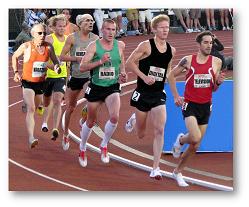 As invigorating and forward-thinking as Summit XV turned out, I couldn’t help but get the feeling from many of our presenters that radio needs to move faster in order to keep up with the changing way in which consumers are accessing and enjoying media.

We’re not alone.  Last week’s story that The New York Times was dropped by the S&P 500 in favor of Netflix pretty much says it all.  While many “new media” companies (Daily Beast) are integrating “old media” stalwarts, and even some of their strategies (Newsweek), the fact is that heritage media brands are being profoundly challenged.

While many of our Summit sessions provided great ideas for how stations can more effectively create content, use new platforms, and try different things, I think that many attendees came away with a sense of anxiety, too.

And who could blame them?  Is radio falling behind?

Val Geller pushed attendees hard to focus on great content – before getting too hung up with social media.  Without “powerful radio,” all new platforms, archiving, and fan pages don’t matter much.  Consumers won’t share and recommend shows and material that don’t make the cut.

CEA’s Gary Shapiro challenged radio to step it up, and see the bigger picture that is consumer electronics.  Acknowledging radio’s inherent in-car advantage, he let the room know that Wi-Fi in vehicles would be commonplace in three years.  As he told a packed room, “Wireless internet means you can not only get any radio station in the country, but any music service you want.  There will be thousands of (services) trying to get in the car with their compelling content.”  Like Ford's SYNC (pictured). 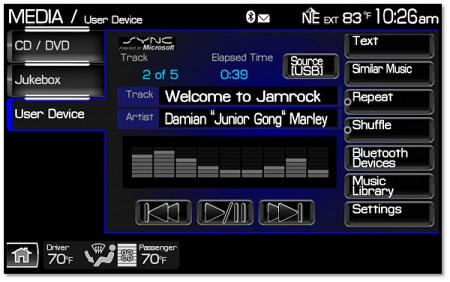 Stephen Clark’s “Backchannel” proved to be an exciting concept because it takes an outside-in approach to TV news.  By giving the audience a voice, Clark is reinventing the news here in Detroit.  So, how many radio stations are bold enough to do something as innovative and risky?

WTOP’s Joel Oxley and NPR’s Michael Yoch are trailblazing at their respective brands.  Becoming more platform agnostic, both WTOP and NPR have dropped the word “radio” from their identification.  So, they’re way ahead of the game, right?  Not really.  As Oxley told the room, “It’s great that we’re doing really well in radio, but honestly, I feel we’re behind.  We need to do more online and with social media.”

Social mediologist Jessica Northey laid out her G.R.A.S.P. plan for integrating brands with tools like Facebook and Twitter.  Many of her ideas and techniques that have enabled her to hit the 100,000 follower milestone are concepts that simply aren’t being done at many stations.  Many continue to simply promote contests and bits, missing out on the engagement, conversation, and integration that are so critical to social media success.  Not to mention the gap at most stations where there is simply not a go-to staffer in charge of the overall messaging and strategies. 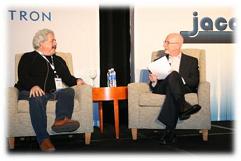 And finally, radio legend Lee Abrams.  After the Tribune war stories were told, Lee got down to the business of radio.  On the one hand, he noted that “radio is in a tremendous position of strength.”  On the other, he told the room, “I don’t see a lot of swagger and confidence…There’s a lack of balance where creative isn’t seen as important as revenue, operations, or digital strategy…Digital is seen as the magic answer and what suffers is our core product.”

Interestingly, the morning started with Gary Shapiro yearning for more American innovation.  And it ended with Lee Abrams wishing for the very same thing.

As radio looks to the future and contemplates its current reach, simplicity of use, and its historical assets, will it take the bold, innovative steps that so many our speakers from all walks of media life urged?