JacoBlog - Jacobs Media's Blog: It Was A Dark & Stormy Night

It Was A Dark & Stormy Night 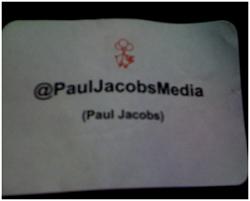 OK, so this blog post has a lame title, but it really was an ugly,rainy, bone-chilling November night.  And still a couple of hundred people showed up at a suburban Detroit area bar for a tweetup for “The Backchannel.”

What’s going on here and what was so big a deal that a local TV anchorman’s pet project could somehow attract more consumers than most local radio stations?

It’s “The Backchannel,” the brainchild of WXYZ-TV anchorman Stephen Clark, who was simply trying to figure out if Twitter had any application to TV news.

Today, “The Backchannel” – or #Backchannel as it’s known on Twitter – is alive, robust, and interactive.  It is connecting Metro Detroiters (many of whom were probably not watching any TV news) with Clark, Channel 7, and other members of the Action News team.

It’s one part crowdsourcing and another citizen journalism.  And I believe that it is a new model for News and Sports/Talk radio, as well as for any personality show with the stones to connect and engage with its audience.

Here’s a clip from the tweetup where all those #Backchannel members came to hang out, meet, and engage with one another.  Stephen Clark isn’t just in the process of redefining the way that consumers process and interact with local news; he is emerging as a 2010 media star – different from what we’ve been accustomed to traditionally from TV anchormen.  This new model is accessible, engaged, and conversing with the audience.

Anchors have always been somewhat removed, aloof, and on a pedestal.  They generally do their news and go home, with little connection to the thousands who watch their early and late newscasts.

But as we know, fewer and fewer people are making that appointment at 6, 7 or 11 to watch local news.  And Clark, realizing that audience erosion is taking place, is reigniting the passion for community activity and news gathering.  In the process, his viewers are turning him onto news topics and stories that Channel 7 might never otherwise discover. 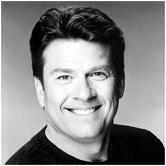 Stephen is one of our featured speakers at the Jacobs Summit in Baltimore (with the Arbitron Client Conference on 12/7-9).  I believe that his presentation will be groundbreaking for many radio professionals, and I hope you can be there.

There’s an incredible backstory to be told about “The Backchannel” and you’ll hear it at The Summit.