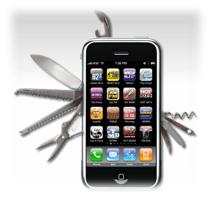 The Internet has taken its toll over the last 15-odd years on all sorts of businesses, saving companies money, but also changing the nature of jobs, industries, and efficiencies.

And smartphones are in the process of doing the very same thing.  We saw the beginnings of this in “The Bedroom Project,” and it was amplified by our 18 smartphone owners in “Goin’ Mobile.”

You had to look past what these respondents were saying to understand what was often missing or diminishing in their lives:  GPS units, computers, and cameras – and that’s just for starters.

A recent New York Times article makes this same point for point-and-shoot cameras, another gadget where sales have dropped 16% since 2008.  That’s because improvements in smartphones, coupled with photo apps, make it redundant for even some serious photographers to drag along a camera.

But that’s just the beginning.  Here’s a list of gadgets that may diminish, if not begin to disappear as that image of smartphone as Swiss Army knife becomes more of a reality:

Of course, those are the obvious ones.  The issue is whether car radio usage will begin to erode as in-dash systems like SYNC and plugged-in smartphones become more commonplace in vehciles.  And of course the Walkman was already on the way out, and is already no longer being manufactured by Sony in Japan. 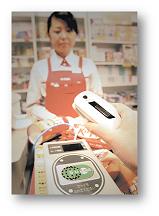 Smartphone technology in other parts of the world is far ahead of ours.  The Japanese term, osaifu keitai, which translates to eWallet, describes where the technology is headed.  We were fortunate to do some research in this space late last year, and what’s coming around the corner is nothing short of spectacular.

As we’re already seeing with boarding passes, your smartphone will be your transportation pass, your credit card, your remote control, your keys – and yes, essentially your wallet.

As we have observed in the past, the phone function of your smartphone is rapidly becoming just another “app.”  The iPhone could have truly been originally marketed as a MiniMac, and the reality is that it will soon do so much more.

What items and gadgets do you think will be on the smartphone’s endangered list?

What we need is an app that lets us record radio stations when we travel - iSkimmer?

has there really ever been a better "gadget" invented anywhere? it's beyond dick tracy time.

Good input, guys. Thanks for reading the blog and providing your comments.