While you were doing that last minute bit of Christmas shopping late last year, Ford was unveiling its newest dashboard innovation – AppLink for SYNC.

Up to now, systems like SYNC simply used Bluetooth to hook up smartphones with cars.  In this way, you could simply punch up one of the apps you downloaded on your iPhone, Droid, or BlackBerry Storm, and it would sound pretty cool coming out of your car speakers.  But all the controls of your app still had to be moved and manipulated on your phone.

Until now, that is. 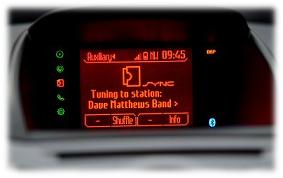 With AppLink, mobile developers can now create apps that can be controlled using the basic voice commands.  As a result, there’s a great hands-free advantage to these apps, and a fun, exciting way for drivers to better use their entertainment-oriented applications.

The first three AppLink apps are Pandora (of course), Stitcher’s mobile news service, and OpenBeak, a Twitter app for BlackBerry users only.

Once again, Pandora is at the forefront of yet another important platform.  And the message to everyone else is loud and clear:

Get going on the mobile strategy and focus on the customer experience.

Right now, AppLink will only be available on 2011 Fiestas (the young demo car), but you can bet Ford will spread this technology to other models in a short period of time.  And yesterday, Toyota unveiled its "Entune" system, featuring the ubiquitous Pandora, iheartradio, and HD Radio as well.

It's another reason why we are committed to being at CES in Las Veags starting tonight, and we’ll check out AppLink, as well as the other exciting new innovations.  If you're attending the show, let's meetup.  And if you're just getting 2011 going, we're excited to be your eyes and ears at CES.  We'll be offering our perspective to Inside Radio about how the show has ramifications for radio.

And of course, we'll keep you updated via this blog and for more immediate coverage, follow us on Twitter at @fnjacobs and @pauljacobsmedia.