We all know where the proverbial puck is heading.  The question revolves more around “when” rather than “if.”

A recent report from Deloitte indicates that sales of smartphones will pass laptops and desktop PCs this year.  So, here's your "when." This is one staggering pie chart (and keep an eye on tablets): 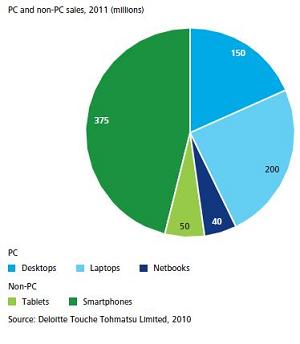 But we're not just talking devices - we're talking usage, and that trend is getting clearer, too. eMarketer recently put together a meta-analysis of data they’ve aggregated to get a sense for how consumers are using media.  First and foremost, media usage – measured by time spent using – is growing overall from 10.6 hours in ’08 to 11 hours last year.  As consumers are offered more choices, they are acting like hungry patrons at a smorgasbord, pigging out on what’s available at whatever time they want it.

TV/video are rock solid (in red on the chart below) and continue to lead the way, while the Internet (in black) is showing steady increases. 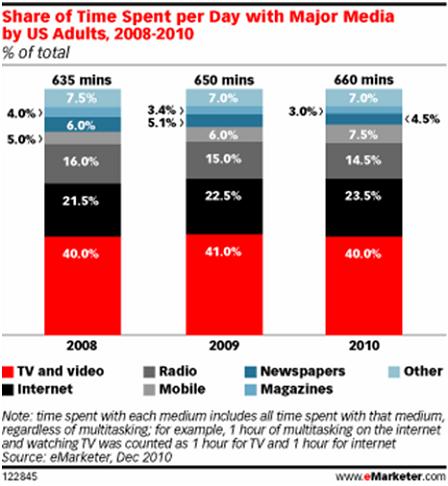 The other stories revolve around mobile and radio.  Mobile is showing higher growth than any other medium, up 28% last year.

Radio, in the meantime, is still very solid soaking up between 14%-15% of the overall time spent per day with media, but the numbers keep trending downwards.

You can see the trajectories of mobile (in red) and radio (gray) in the trending chart below: 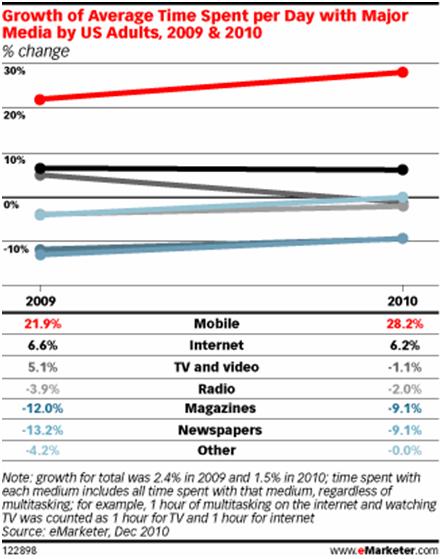 But there’s important fine print – measures for each medium are discrete.  So radio listening is simply that – the amount of time consumers spend listening to the radio – on radios.

It doesn’t account for radio listening that is taking place over the Internet and/or on mobile devices.  Now as we well know, streaming is still an area where radio still has considerable work to do, in terms of quality of the stream and its programming, new branded streams, and persuasively commuicating to consumers that mobile phones and in-car media systems were made for broadcast radio content.

The eMarketer research suggests that while traditional radio listening on “old school” devices is slipping, it still commands a significant share of the media usage pie.  (It’s sad that it comes nowhere close to earning a similar share of ad dollars.) 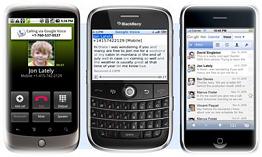 And that with emerging devices, media, and platforms, the case for radio to be a dominant player in the new decade can be made.

Instead of “follow the money,” maybe we should take the liberty of suggesting that broadcasters “follow mobile.”