Let’s hold off on the revenue discussion for a second, and focus on audience growth.  If you moved your cume 10% higher, you’re probably feeling pretty good about your performance, especially without the old tools like Film House commercials or massive billboard showings.

But if you’re Pandora, you’re feeling really good about your year.  They started 2010 with 40 million registered users, and finished it out with 75 million – or an 87.5% rise over a twelve month period.

As in the world of digital entertainment and social media, once a brand reaches a certain level, it is harder to attack them.  That’s the secret behind Facebook.  Just getting well past the 550 million mark pretty much guarantees that a large portion of the population simply feels it must use Facebook in order to stay connected with their worlds.

As Columbia University professor of digital media, Sree Sreenivasan, recently told NPR’s Morning Edition, Facebook’s massive numbers essentially ensures its ongoing dominance:  “Facebook has an enormous gravitational pull at the moment.  That doesn't mean that it will always be the best or most popular social network.  But it's very difficult for competitors to kind of break through and have a real mass appeal at the moment.  I could join a new social network, but my friends won't be there.  My family won't be there.” 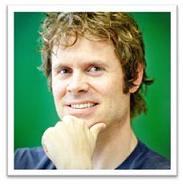 Pandora may be entering a similar space.  As CEO and founder Tim Westergren recently noted, the Internet pure-play radio station has now reached “critical mass,” powered largely over the past couple of years by mobile sign-ups.  In fact, a whopping one-half of new Pandora users are entering via a mobile device.

You may remember that video segment from “Goin’ Mobile” where many of our very diverse respondents used Pandora as a form of radio.  After Facebook, Pandora was the most ubiquitous app. 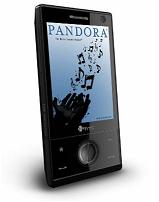 Like it or not, broadcast radio as we’ve known it is competing against Pandora.  And what transpired for Westergren’s baby in 2010 should be a vivid example to radio’s CEOs that the game is changing.  Westergren isn’t playing by radio’s rules – he is writing his own playbook.  Broadcasters can look down on him or write him off at their own peril.

The new kid is doing a lot of things right.