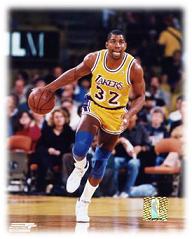 The definition of a point guard in basketball is the player who sets up the offensive strategy and guides the flow of the ball.  He or she can shoot, distribute, and do the basic setup.  That’s because the point guard is the one person on the team who best understands the scheme and how a team’s game should flow.

Radio stations need point guards, too.  Traditionally, this person has been the program director.  In the early years of format radio, the PD was responsible for everything that came out of the speakers.  Whether music, personality, or a combination of the two, it was the programmer who set the tone for the station’s on-air strategy.

Over the years, the PD role expanded – into promotions, marketing, contesting, and event promotion.  Then the advent of the Internet brought additional responsibilities – the website, texting platform, and podcasts.

In the past couple of years, mobile and now social media have been added to the PD’s growing list of duties.

But how many programmers are truly qualified to set a station’s social media strategies, overseeing the fan page (or pages), Twitter messaging, and other products that digitally connect the audience with the brand?

And how many stations simply have no internal social strategy at all?  When lots of different people participate equally, several tactics are likely occurring simultaneously.  And sometimes they’re at odds with one another.

As we learned at Summit XV last month in a session called “What IS Radio,” featuring WTOP’s Joel Oxley and NPR’s Michael Yoch, new platforms require different or retrained personnel as well as updated goal-setting.  Oxley (pictured) pointed out that new employees at WTOP are required to take a writing test, and added: “While they still have to be good at audio, we want to see how they would handle a blog and tweeting.”  Yoch noted that NPR has hired digital specialists, including videographers and bloggers, while offering training for employees to refine their digital skill sets.

And a recent Inside Radio story noted that stations are beginning to hire “social media editors” – essentially social media PDs.  Not surprisingly, Bonneville is headed in this direction in both Chicago and Phoenix.  Other broadcasters, however, are banking on their traditional program directors to lead the way in this space.

We won’t know for a number of years which model will emerge as most successful, but our hunch is that a dedicated “point guard” for social media will emerge as the winning strategy.  And maybe this person will also be in charge of integrating the sales efforts in the social space.

But I’m getting ahead of myself.  That’s for another post on another day.

In the meantime, who’s the Magic Johnson social mediologist at your station?

I enjoy the blog, but when you insist on linking every other word in your posts, it makes it difficult to know what you actually want your readers to click on and what's just a throwaway about.com article. It also impedes readability.

Thanks, we will take a good look at that. Other comments welcome. Thanks for reading the blog.

To your point about how qualified PD's are to oversee a station's social media strategy I think a couple things come into play.

First it depends on if the PD is an "early" or "late" adopter of technology and/or social media in general. It's a good indicator of their mindset and creativity.

Second of course are time constraints, as you pointed out a PD's role has expanded substantially in the past few years. I think you would agree in a lot of cases this has been to the detriment of the stations and has stretched them pretty thin.

I am encouraged to see that some stations are moving toward hiring social media PD's. It shows innovation and an understanding of the value of social media. That said I believe it is crucial for social media PD's to be integrated into the marketing, programming and sales departments. If they aren't there is a risk of their messaging not being in sync with the stations overall goals as well as confusing the listeners.

It's changing, to be sure, Katie. I believe that many PDs would tell you that while social media is intriguing, it takes time to develop a mastery of the space. And because it's so early in the game, no one knows where we'll be even in 12 months. My sense is that stations/clusters would be well-served by having a dedicated social mediaologist. Thanks for contributing.

You're welcome Fred my pleasure to contribute.

No doubt it takes time to develop mastery of the space I still believe there is an inherent value in listening and monitoring what is being said about the station and the personalities. A dedicated social mediaologist could do just that.