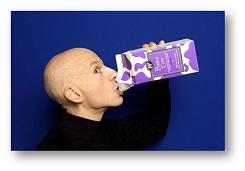 What are the elements that truly contribute to higher listening and viewing levels for media, as well as increased word of mouth?

Consistency is a factor that most broadcasters would point to, but marketing guru Seth Godin would suggest otherwise.  In Purple Cow, Seth preaches loudly and clearly that to be merely good is not to be remarkable.  Consistency – a quality that many programmers strive for – is precisely what bores consumers and motivates them to search for something…different.

A great case in point occurred earlier the other night at the Golden Globe Awards show.  I typically graze past these long, drawn out, predictable, self-important shows, watching them only out of an obligation to stay current with the pop culture of the moment.

But when I casually sat down with my Kindle to distractedly watch this year’s show, I was more than stunned by host Ricky Gervais’ irreverent performance.  And it wasn’t long before I put down my eReader and watched the entire show, waiting to hear who Ricky would insult next.

In short, he surprised me – and apparently lots of big stars judging by their reaction to his barbs, jokes, and cheap shots.  You expect a certain level of pointed humor on these shows, but it is almost always under the umbrella of “good natured fun.”

That wasn’t the case on this year's Golden Globes broadcast, and many critics and fans are up in arms about Gervais’ material.  They shouldn’t be.  It transformed the most boring award show model into “Must See TV.”

Phil Berk of the Hollywood Foreign Press Association, which puts on the show, noted that “Some of the things he said were totally unacceptable.”

It’s the same sensation that radio listeners will tell you they so want to hear from their local stations.  And yet as programmers, we are so afraid to give it to them.

The thinking is that especially in PPM markets, the elements of surprise and unpredictability are dangerous, bordering on taboo, because to shake the “meter tree” is to walk on thin ice.

But to do the same thing day in and day out is to also take a different sort of risk.  Listeners look to radio for those unexpected moments (and are usually disappointed), and many programmers of highly rated stations in PPM will tell you that some of their best days are the ones that wander outside of the foul lines, and into different territory.

That’s because despite all the media choice, very little provides that surprise – the moment where something happens that you just didn’t count on, that rivets you, grabs your attention, and urges you to tell someone else about it. 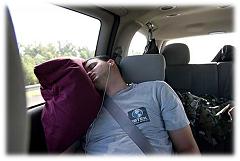 You don’t get that from satellite radio – almost all the channels are well-defined and provide expected and perfunctory programming.  And at times, songs that are more likely to elicit an “Oh no” reaction rather than an “Oh wow.”

You used to get it from Pandora – but I would argue that some conservative programmer invaded their algorithm, forcing familiar songs and well-known artists into most playlists.

So, a well-placed surprise can be that programming or marketing element that sets a station or a brand free.  Whether it’s the Old Spice guy transforming a typical men’s product into something interesting, or turning an otherwise pathetic homeless dude into a radio star, or watching a frump middle-aged female become a music sensation in 3 minutes, we just love to be surprised.

If you think about the Golden Globes beyond Gervais, the show was totally predictable in every possible way.  The awards themselves were pretty much according to rote, and the format itself is hopelessly stuck in the same box many of us have watched since we were growing up.

We all love to be surprised.

The Surprise or "You Never Know What's Gonna Happen Next" Factor was a big reason for Howard Stern's success. Back in the 80s & 90s, his discussions about sexual behavior & other topics which were not discussed by polite society were shocking & titillating (aka surprising). On today's morning shows, it's de rigeur and dull (been there, done that). What topics or ideas could on-air personalities address which would be as surprising & engaging for today's listeners?
At the Golden Globes, Ricky Gervais was true to his brand (at least, for the 1st hour of the show). He may have offended a lot of people but I'd bet that he also gained a significant number of followers.

Yes, that was a major element for Stern, and why he's been such a hard act to follow. While the Hollywood Foreign Press might some 'splaining to do to some of the offended celebs, from a viewer standpoint, it was anything but dull. Like the BBC version of "The Office," there were times when it was awkward to the point of being uncomfortable. But it was never run of the mill.

The ratings were flattish, but the social media impact was huge. And hey, WE'RE still talking about it.