The Mother Of Invention

Even tuned-in media mavens may have guessed wrong, because the old Fourth Estate surpassed all competitors in this hot category.  In fact, this marks the first time ever that newspapers passed broadcast sites (313 million minutes to 290), according to TubeMogul and Brightcove. 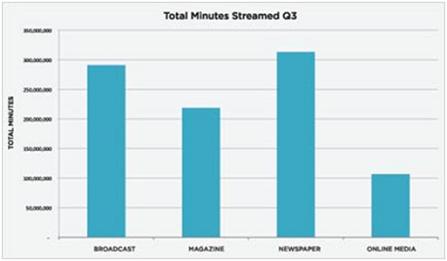 And Gordon Borrell reports that newspapers are actually gaining share for local online advertising revenues.  Big players like The New York Times and McClatchy Corporation are socking away roughly a quarter of their revenue from digital. 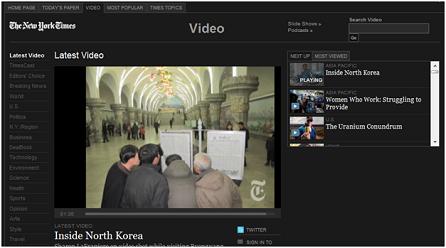 This compares to 5%-7% for most broadcast companies.

So how do you explain this seemingly odd finding?

Our Tech Polls have consistently shown remarkable increases in the percentage of core radio listeners who are frequent video streamers.  And while some personalities are stuck in the “theater of the mind” mentality, those who have a firm view of the present and the future are figuring out ways to use Flip cameras, webcams, smartphones, and even more sophisticated hardware and software to augment their content with video. 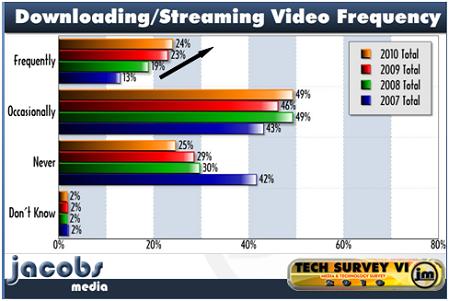 I’ll bet that most newspaper publishers would tell you now they wished they had jumped on this bandwagon a lot earlier.

That’s why necessity is a big driver, as should learning from the mistakes and victories of other media.