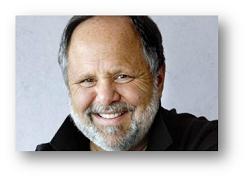 In a recent article, Syracuse University professor, creator of MarketWatch.com, and author, Larry Kramer, analyzed the topic of old and new media merging together.

His point is that there are now numerous examples of legacy brands like Newsweek and The New York Times acting more like digital media brands.  And conversely, there are new media outlets like Gawker, Newser, and Digg adding curation and perspective, while adding editors – much like how a traditional news service might function.

A look at media apps on an iPad supports this trend.  As you navigate to NPR, The New York Times, and ABC News, their various functions are moving together.  These apps offer text, video, and the ability to share content with others.  They are often laid out similarly, offering some of the same basic features, even though we know these as radio, print, and television brands.  It is becoming more difficult to tell them apart as tablets are encouraging similar functionality. 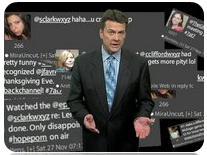 As Kramer points out on the “Seeking Alpha” site, media brands are all moving on the same arc: “To create and curate quality content on multiple platforms with multiple revenue streams.”

That should be the essential goal that radio companies should be striving for as well.  Kramer points out the need for brands to both listen to their customers, while also providing a community for them to interact with each other.  A great example of this changing process was on display at December’s Jacobs Summit with WXYZ-TV’s Stephen Clark’s “Backchannel” project – a mashup of TV news and Twitter.  (You can see Stephen’s Summit presentation here.) 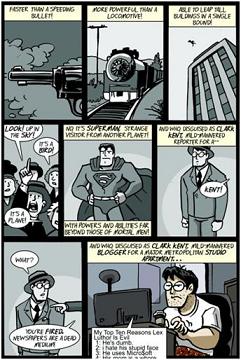 Kramer also notes that no one has found that be-all-end-all media model that marries the ability to reach consumers on new digital platforms with the ability to derive revenue for this content.  He suggests that rather than one perfect galvanized fix, “the answer will come in a patchwork of partial solutions specific to the kind of content being delivered, and the habits and preferences of the particular audience that wants it.”

This idea of “improvised solutions” may make radio’s CEOs queasy, but the fact is that the best minds in the media world are still struggling to figure it all out.  In chaos, there is some solace.  We’re not the only ones trying to figure out how to reconfigure content platforms and monetize it all.

In the end, it could come down to brands – what they mean to consumers and what value they bring to advertisers.  We have always seen this in radio where traditional stations that build powerful brands continue to thrive even in an environment where their ratings whither.  The ad community still believes there is value, and their content is still enjoyed by a viable audience.

Kramer’s piece suggests that there is a merger of old and new philosophies and strategies, and that both new and old media are learning from each other.  But it is also important to understand that as adaptability rises to an art form, media companies will have to keep investing in their content and brands in order to keep up.

Thanks to Jon Coleman & Sam Milkman for bringing this article to my attention.

It isn't that hard to migrate large portions of traditional media to online platforms. But its very hard not to go broke in the process.

The problem here is that he glosses over the revenue challenge. ABC News and The NY Times bring in a fraction of the per user $ online that they do from their traditional platforms. On a certain level, the more successful they are in spreading the message the more money it costs them.

The answer is in providing and proving online value, which thus far the market has devalued as compared with traditional media. If the true advertiser value online is as good as it is offline, it needs to be verified. If not, it needs to be fixed.

The old joke about losing $5 on every sale but making up the shortfall in volume applies here...

It does, and it's going to be a long slog as Kramer points out. Maybe there's a little solace in realizing that the big boys are struggling to monetize, too. But there's no stopping the train. Thanks for commenting.