Can Two Chords Re-Energize A City? 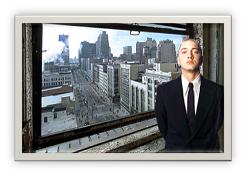 The Chrysler/Eminem commercial masterpiece that you saw during the Super Bowl and we blogged about here continues to resonate.  I have heard from many of you during the past few weeks about its power and impact.

It’s been called a love letter from Eminem, and in the city we call The D, it has started a pride-fest that was necessary as the rebuilding continues.

While Eminem starred and the copy in the 2-minute spot was nothing short of brilliant, the soundtrack – “Lose Yourself” – has people talking, even though it’s not even close to being new.

Local Detroit producer Jeff Bass has been in the studio for many Eminem tunes, and this piece from WXYZ-TV’s Stephen Clark illustrates how inspiration can work in strange, unplanned ways.

In the same way that Zeppelin’s “Rock N’ Roll” made us wake up and take note of Cadillac, or that Bob Seger's "Like A Rock" re-energized Chevy Trucks, a classic song, an iconic photo, or even a great morning show bit or celebrity interview can make magic.

That’s because when you create something powerful, it can have lasting impact.  Great content – whether it’s a picture, a painting, a commercial, a promo, a contest, or a song – can go on forever.  In this case, a decade after it was written in a venue that was totally unexpected.  And turbocharged by an 8-cylinder, high-powered social media machine that is sitting in all of our driveways.

Powerful ideas are often simple little works of art that can be morphed, modified, sampled, and repurposed by others.  And then virally spread through common tools on every PC and smartphone on the planet.

There’s no stopping a great idea.

Peter, Peter - how low, how sad. How true. Wait til Eminem gets hold of the guy. Thanks for chiming in, in spite of your video.

That creative made the top 10 list for Ted's 'Ads Worth Spreading' competition.