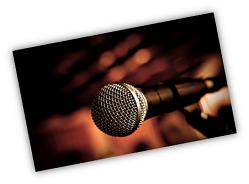 I was sitting in a high-level client meeting not long ago.  We were discussing hiring someone for a full-time on-air position.  The station in question has been around for a long time, and rarely makes a change in its lineup.

We started throwing out some possible “suspects” for the job when the PD mentioned that a veteran jock had resurfaced at the station, holding down an occasional weekend shift.  Everyone at the table remembered the guy in question, but none of us had heard him in years.

It turned out that this station has the ability to access its on-air product dating back for some time on a hard drive.  So, the PD took us back to a recent weekend show, and hunted around for a talk break.  It took him a few minutes, but he found one on a Sunday show when PPM tells us that not many people were listening.

It turned out to be an incredible 30 seconds of radio.  It was prepared, clever, relatable, and reeked of personality.  If you were from this market, you automatically connected with what this guy was talking about, while staying well within format guidelines.

It didn’t take long for everyone in the room to nod, and come to the exact same conclusion that he should most definitely be strongly considered for this position.

And then the weight of the moment hit me.  What were the odds?  A group of execs from both the local cluster and corporate, along with the consultant and research team dialing up a weekend break from a part-timer – at random.

And it was great.

And then I remembered listening to Valerie Geller at the PRPD Conference last fall.  As many of you know, Val is the President of Geller Media and the author of great books for programmers and personalities.  Creating Powerful Radio serves as a manifesto for air talent and the managers who coach them.

Val’s philosophy: “If you had only ONE person listening – and use your mind, your heart, along with your craft, people will know ‘excellence’ when they hear it.  That’s WHY it’s important to MAKE EVERY MINUTE MATTER.  Our audience is giving us the most precious thing they have on earth – their time!  MAKE IT COUNT.”

On this particular day, this jock did exactly that.  And it begs the question, “Why, then, wouldn’t you do that level break every time you opened the mic?

That’s because every break counts.

Whether it’s some guy in his garage working on his car, and you’re keeping him company.

Or the housewife who’s depressed about her family finances and is tuning in for a little companionship?

Or the teen who still gets a sense of surprise from the radio, and you just never know when you might inspire her with some interesting information about an artist or song.

Or the older guy who grew up with radio, and listens with a sense of nostalgia.

Or the guy with a PPM 360 attached to his belt buckle on his way to work in frustrating traffic, looking for a good laugh and a great song.

Or the family that cannot pay its heating bills this winter, hoping that the station doing a “radiothon” raises enough funds to lend them a hand.

Or a bunch of station execs, the consultant, and the researchers looking for a new DJ.

Great blog, Fred. I immediately forwarded it to all my personalities to help reinforce the "every break matters" mantra. Thanks!

Thanks, Harvey. I'm hoping it's a story that many personalities will take to heart. Thanks for taking the time to comment.

Valerie Geller is an amazing woman; her books sh'd be read by every jock.

Worth following and listening to when she gives lectures/speeches at radio conferences.