JacoBlog - Jacobs Media's Blog: Ahead of the Curve

Ahead of the Curve

Clear Channel’s purchase of Thumbplay sends out a variety of messages to the radio industry.  The cloud-based music subscription company may have cost Clear Channel somewhere in the range of $40 million dollars, and the apparent play is to integrate it with iheartradio and the company’s other assets.

So what’s the big deal?  First, a deal of this magnitude speaks volumes about the price of admission for radio into the digital music/subscription space.  Second, the deal is recognition that streaming music services are indeed a big deal.  And third, an aggressive move like this sends a message to the radio industry that someone in a big position is finally taking Pandora seriously. 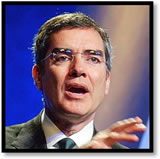 Bob Pittman’s (Clear Channel’s chairman of media & entertainment) comments as reported in RAIN are worth a closer look:

Clear Channel is finally redefining what it means to be “big.”  In the past, it was big based on sheer bulk – numbers of stations owned in many markets.

Today, “big” is being recast as leadership, vision, and bold moves.

This is a big deal.