Boom Boom (Up Go The Demos)

With apologies to Pat Travers, there may be something very interesting happening to the TV ad sales paradigm that could have a positive impact on radio.

The demographic targets may finally be reacting to the Baby Boom generation.  If that sounds totally counter-intuitive, the fact is that agencies essentially stopped thinking once they cemented the 25-54 target in place more than two decades ago.

The Boomer train continues to move, and those over 55 are abundant and a whole lot different than fiftysomethings of just a generation or two ago.

As David Poltrack, head research maven for CBS, points out in a recent Hollywood Reporter article, “The fact is an affluent 58-year-old is certainly more valuable than a 22-year-old who is just getting by.” 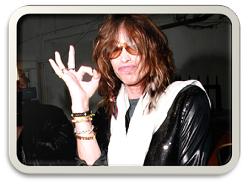 As TV demos age – the primetime average is now 51 – there’s a certain logic to advertising targets aging with them.  As the Hollywood Reporter notes, Tom Selleck and Kathy Bates are winning in prime, while Classic Rocker Steven Tyler is reinventing American Idol.

It’s enough to make you want to watch reruns of Murder, She Wrote.  But the fact is that radio’s demographic arc is similar – and the opportunities are just as abundant.  Rather than running away from the trends, radio companies and clusters ought to be making the case for why their employed, affluent, and enlightened aging Boomers are just what advertisers need to generate sales and store traffic.

Sometimes numbers don’t lie.  You can take this to the bank.

Fred, totally agree, but many radio sales departments have been banging the 35+ drum for years without success. What will we do differently now? This is one of the fundamental issues in media. -john

I'm a Boomer who used to live and breathe by radio. I long ago left terrestrial radio, except for Limbaugh. Music? It's a joke today. Radio news? Can't stand the stupid story selection, happy talk, and "LIVE & LOCAL!!!" screaming promos. Can't wait for universal wi-fi so I can get all Internet streaming in the car.

Thanks for the comments about an issue that while obvious, is deceptive (thanks, Rita). And as John points out, if it's so obvious, why can't we get this done at the agency level?

For starters, let's hope that the power of television lifts all boats (that is, radio) to a different view of adult demos. And two, the Radio Advertising Bureau could help by jumping on the bandwagon and making this a priority. A lot of broadcasters would be happy about this type of "leading edge boomer" initiative.

Thanks for reading our blog & commenting.

Do this mean for all of us un- or under- employed Baby Boomers, there's hope yet?