A couple of weeks ago when it was becoming obvious where this was heading, I promised myself I would not blog about Charlie Sheen.

And here I am breaking my promise.  But trust me – it’s for a good cause.  Because the ways in which Sheen approaches relationships is a parable to a lot of what’s going on right now in the world of Facebook, Twitter, and social media in general.  Maybe that’s why he’s seemingly so popular.

Charlie Sheen has had dalliances with lots of women (paid and unpaid, if you believe everything you read).  But if you think back to your own history with relationships, you know the real score.  It’s not about the number of conquests you’ve had; it is in fact about the quality of the relationships you've built.

That uber popular guy in high school who made his way through the cheerleading squad or somehow managed to sleep with every hot girl certainly was much talked about.  But as the years went by, the ramification and meaning of those actions fell into place.  As you got older, you gained perspective about what mattered in life.

And today, you know that a quality connection with someone who loves and cares about you – real relationships with other people – your spouse, your friends, your kids, your family, your workmates – are all more meaningful than the fly by night hit-and-run scores that may have looked so good in the past.

So why then do we celebrate Charlie Sheen amassing a million Twitter followers in a matter of days - and now over 2.5 million?  And why do we find it impressive when any social media star hits the next threshold of friends, fans, and followers?

If you haven’t experienced Klout yet, it’s a sign of the times.  It’s like high school all over again, but this time, it’s measuring social media instead of sexual prowess – one’s ability to gather the 3Fs, along with retweets and all the other supposed measures of social media success.

Klout literally provides you with a score of your social media skill (you can check it every day).  And you can look up anyone you like. 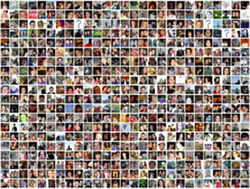 Apparently, there are some hotels and restaurants that are now tracking these scores when high-powered guests show up.  After all, you can offend those who have wimpy Klout scores, but look out if you provide poor service to the Twitter star with 100,000 followers.  There could be Internet hell to pay.

We shouldn’t be surprised that analytics and metrics are being applied to relationships.  It was just a matter of time.  But with all this so-called social media, something truly seems to have gotten lost in translation.

Or in this case, size doesn’t matter.

Or better put, relationships do matter.  Not the bulk number of them, but the ones that are real and meaningful.

After all, who’s counting?

I love your blog very much, more more info, I will concern it again!