eMarketer reports that a majority of U.S. internet users go to Facebook at least monthly.  And they estimate that by the end of 2011, nine of ten social media users will be touched by the Facebook phenomenon.

Of course, Facebook is slowing down, but at these monster levels, there’s no way it could continue its meteoric growth.

Twitter, in the meantime, only reaches one in ten of U.S. adults who are online.  And while eMarketer predicts that Twitter will have a 26% surge in 2011, these estimates have actually been downsized, signally slower tweeting action than originally thought.

So what does this mean to media brands that are trying to reach their audiences via online connections?  Here are a half-dozen thoughts to get those interactive juices flowing: 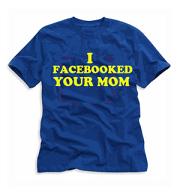 First, more and more people are going to Facebook first, bypassing the usual channels (like email or perhaps voicemail).  In this kind of world, how does that change how media connects with audiences?  What gets their attention, an email blast or a Facebook post?

Second, the need for strong, compelling, engaging content on Facebook has never been more important.  Who is responsible for your fan page, and how can you move some of your best stuff to that destination?

Third, Facebook people interact – they don’t just passively watch or listen.  What are the ways you can better engage this audience?  Spend some time looking at Stephen Clark’s video on our website for inspiration.

Fourth, get your priorities straight.  How does your audience want to connect with you?  How many many are on Twitter…versus Facebook?   These answers are easy to find.  (See my shameless plug for Tech Survey 7 at the end of this post.)

Fifth, all this Facebook action represents opportunity.  As Greg Verdino reminded us at a client conference last year, “Everyone in the audience has an audience.”  At a time when promotional dollars are at a premium, tapping into Facebook communities provides an incredible opportunity to attract and engage.

And sixth, what are the common threads between Facebook heavy users, PPM meter types, and what your radio station has to offer?  The answers are out there if you think through the data and research that are already at your fingertips.

Tech Survey 7 is coming later this month.  And we will be asking many of these same questions, while helping our survey stations put together the builidng blocks for a social media strategy.

Face it - there’s never been a better time to learn more about your changing audience.