A Commercial Radio View Of NPR 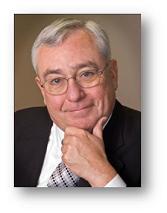 A couple of weeks back, Paul wrote a guest blog about NPR in response to an Eric Rhoads commentary.  That blog post set a record for us, and drew comments from a wide range of industry pros.  Jim Farley, VP of News & Programming at Bonneville's WTOP – one of the best stations in the nation – wrote a blog comment.  We asked him to expand on those thoughts and his post appears below:

In looking at the competitive environment in Washington, I looked at the news/talk listeners on WAMU, the main NPR news station in Washington and figured, “A juicy target for getting new WTOP listeners!”  I used to think that.  I have now modified my view to this:  you can get their listeners to share time with your radio station no matter what format.  But an NPR station P1 is not going to change. Early on in my tenure in Washington, I volunteered at WAMU during Pledge Week.  I wanted to see what kind of person gave up time to do this.

For the most part, they were serious people who saw themselves as helping a cause, not a particular radio station.  And they spoke about “NPR” and not the local station, WAMU.

Later we did focus groups with radio listeners in general, and then a group of just WAMU listeners.  What a difference!  The WAMU listeners were serious to the point of being somber.  When asked why they did not listen to WTOP, some of them seemed downright offended that there were commercials on the radio.

Others complained our anchors speak too fast.  There was not one person in that group you’d want to knock down a beer with at a local bar.  They also spoke in terms of “NPR” and not WAMU, unless they wanted to distinguish between WAMU and WETA, the classical music public radio station in DC (with whom WTOP partners).

For years, we ran snarky liners during Pledge Week welcoming “our public radio listeners who have come over until the begging stops.”  Naturally that drew protests from those listeners and when they called to complain, I took the opportunity to engage them and find out about their listening habits.  Even when we made the liners less snarky and more “welcoming” I got the complaint calls, and kept up the dialogue.

So, yes, we can get their listeners to come over during a blizzard or a major traffic problem or a breaking news story.  That’s their weakness: they don’t do fast-moving breaking news well at the network or local level.  And while they do token traffic reports, they aren’t willing or able to do them with the frequency we do: every 10 minutes 24/7.  (Yes, you can find traffic jams in this region at all hours of the day or night).

But a WAMU/NPR P1 is very loyal, seems addicted to people speaking very slooooowly on the radio, with little tolerance for commercials.  And while breaking news is not public radio’s strength, they more than make up for that in the minds of their P1’s with great depth, context and often sound-rich content. 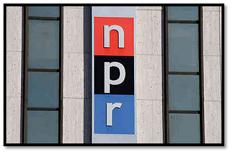 NPR is a giant brand that seems to transcend the local WAMU image.  Keep in mind that WTOP is on a network of three FM radio stations.  We’d have no shot at getting even casual sharing of listeners if we were on the AM Band, because I get the distinct impression that these folks have no reason to ever go to the AM dial.

NPR is a very strong brand.  They get government money from their affiliate stations and foundations seem to come out of the woodwork with millions to hire more public radio reporters at the local and network level.  And in many markets, commercial radio has abdicated.  The local NPR station is the only news source on the radio.  Shame on us.  There’s more than enough audience available to support news on both public and commercial radio.  Respect NPR as a competitor, but don’t abandon the field.

Thanks, Jim, for taking the time.  What do YOU think?

This is fascinating - as were Eric's comments. I find myself in between the two opinions.
Would NPR’s demise be a opportunity for commercial spoken word stations? Their similarities pretty much end with spoken words - and the idea is analogous to a soft AC picking up an Alternative station's audience because they both play music. For that reason, I don’t agree with Eric’s suggestion that the current crop of commercial news/talk stations could lure many abandoned NPR listeners.
But I'm not convinced that commercial radio couldn't, at least theoretically replicate NPR and do it profitably. That said, I'm pretty sure that if they did, they'd ruin it before too long in a predictable attempt to beat some Wall Street analyst's quarterly projections, but more on that in a minute.

My thinking on this goes back to the early 90s. The basic premise that that the combination of a demonstrably upscale audience and quite a bit of network programming could combine to generate reasonable revenue at a reasonable cost. PPM has demonstrated (as Birch did years ago – which actually incubated my thinking on this) that the ratings for NPR – and presumably an NPR clone can be quite good.
A spot load/content limited – say 6 (with firm creative guidelines and limits) units per hour – station that takes a lot of its programming from syndication and boasts by far the richest, most educated audience in a market seems, at least on paper, to be something that could work.

A large public media company would be ideal to build it from scratch – but that’s the irony. The reason NPR has such a large following – apparently even from conservatives who feel it’s biased but listen anyway - is that it has upheld its standards without wavering…over decades. It’s hard to imagine any public radio company having the vision or discipline to do the research, craft the product, stick with it during the early lean years and not succumb to the pressure of killing the goose that laid the golden egg. At some point, the vesting of someone’s options would combine with a short term stock price boosting EBITDA opportunity…the result being that some fatal brand/image cuts would be rationalized then implemented.

I think there is a theoretical opportunity for commercial radio to lure NPR listeners whether NPR suffers measurably from budget cuts or not. 20 years ago, when I first mapped this out on a napkin, it might have worked – now I think it’s nothing more than blog fodder 

Thanks, as always Bob, for the thoughtful comments. Given the givens of commercial radio - and WTOP is indeed the exception when it comes to investment in people, infrastructure, training, etc. - it is hard to imagine how any radio company would dive into this space.

Perhaps the NYTimes could create a radio product that would be syndicatable and successful in PPM, but they have their hands full figuring out how to maintain their content and establish successful paywalls.

The other day I was listening to NPR's "Morning Edition" and Steve Inskeep was interviewing two generals involved in the Libyan initiative - each going into detail about the strategy, the execution, and the effectiveness of the U.S. plan. It was great radio.

And it reinforced that whether you think NPR is biased, too liberal, shouldn't be federally funded - or all those things - where else is this type of coverage going to come from? Who else could put together this brand of quality, informative radio?

That does not answer any of the difficult questions on the table, but as we speed along through this digital media information age, the distribution and platforms conversations are bullshit if the commitment to paying for an developing content isn't there.

Thanks for reading the blog and offering your thoughts.

It's funny reading Farley's stereotype of public radio. With all due respect, it has roots in fact but seems rather dated. What has raised eyebrows among public radio insiders is the extent to which WAMU has borrowed from the WTOP playbook with more live reports, more breaking news, shorter spots and lively delivery. In other words, it may be public radio that's gunning for a share of the WTOP core. Would that cause the NPR P1s to bolt? Not a chance. Where would they go?

It was announced yesterday that WTOP is now THE top-billing station in the country. There's no shame in "borrowing" anything you can learn from Jim Farley and company. Thanks for chiming in, Michael.