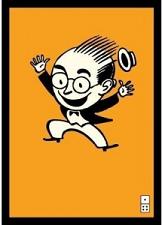 As many readers of this blog know, I am a big fan of Seth Godin’s writings.  Seth doesn’t give you a road map.  He doesn’t tell you what to do in 10 steps.  He “talks” to you on the pages of his books, now using Kindle and his own publishing company to share his musings and philosophies.

His newest effort, Poke The Box, is all about taking a risk, not being afraid to fail, and doing it.  It focuses on initiative (not too many steps away from CEA’s Gary Shapiro’s appeal for innovation) as the secret sauce that can remake our country.

Or our industry.  Because there are so many forces pushing against taking the big step to think of it, do it, ship it.

While Arbitron didn’t design it this way, PPM has become an excuse not to initiate, not to innovate, to sound safe and the same every day in order to keep those meters humming.  But as Seth points out in Poke…

“The problem: you can’t get blander than bland.  You can’t grow by becoming even more predictable and ordinary.  You might have a dependable and predictable and cheap product, but if the market wants something better, you’ll be stuck playing catch up.”

“We need to get ahead of the curve, not behind it.”

There’s a need to be remarkable, to make a difference, to overcome our fear of failure and to try new things.  No one’s keeping score, a lesson that innovators from Oprah Winfrey to Mark Cuban to Steve Jobs know very well.  We focus on their successes, despite the fact that each has had significant failures along the way. 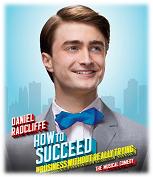 Daniel Radcliffe, star of the incredibly successful Harry Potter movie series is about to experience the end of this era – 10 years of highly lucrative films that have earned him millions of dollars.  He doesn’t need to work, but has already starred on Broadway (Equus), and is about to try again as the star of How To Succeed In Business Without Really Trying.

Between all those child stars who flamed out as adults (why does McCauley Culkin come to mind?), and actors who became so totally associated with a role (think “Kramer,” “Archie Bunker,” etc.), Radcliffe is doing anything and everything to avoid that outcome.  Part of the solution is to take on new projects and intiatives, even when critics and observors expect the worst.

Radcliffe told the New York Times last Sunday about some of his anxiety about taking on a big-league Broadway challenge in a post-Harry Potter career:

If that sounds familiar, it should.  Because those are the same demons we all face as we go down that career path where we weigh our fears and trepidations versus what Lee Abrams intones – AFDI.

We put this philosophy to the test every day at Jacobs Media and jacAPPS.  We have gotten it right, we have gotten it wrong, but we have never stopped trying new things, stepping out, and initiating.  Our new “Marketing To Men” study is the first of its kind for radio, and it’s coming out at a time when we have just finished “PRTS3” (our third annual public radio tech survey with PRPD), and are about to field Tech Survey 7.  And we have other exciting announcements coming as well.

I hope that you’re interested enough in Seth’s new mission to check out his book, either on Kindle (where you can then “loan” it to a friend) or by purchasing a hard copy.

At the end of Poke, Seth offers a quote from Siddhartha Guatama, the founder of Buddhism:

“There are two mistakes one can make along the road to truth.  Not going all the way, and not starting.”

Poke the Box has come around at the right time.

Thanks, Fred. Another important, spot-on post. Agree with you that Seth's latest project is strong, in fact, it's a gem. Seth consistently invites our attention to the obvious, those things hiding in plain sight (that are typically the hardest to see). He is also advantaged with the gift of being a world-class marketer. I recommend folks download the Poke the Box Workbook which is available free in PDF via the Domino Project website.

At our firm we have long believed in the notion of iterative learning; experience has taught us that having the courage to fail faster leads to succeeding sooner.

Please allow me to suggest two other books that your readers may enjoy and find to be thought provoking good reads. Different by Youngme Moon and Brainsteering by Kevin Coyne and Shawn Coyne.

Dave, thanks so much for contributing to this blog, and for the recommendations. I listened to a great podcast featuring Seth, hosted by Mitch Joel. In it, Seth talked about how the people with the time to listen to the interview are exactly the type of people who can benefit from "Poke." And that's also the folks who read this blog. The importance of initiation and getting over the fear of failure is essential to the traditional media business competing, engaging, and moving forward.

Thanks also for the recommendations, and for reading our blog.