Even though social media has been with us for a relatively short period of time, its confluence with the mobile movement has created a dual accelerant type of situation.  Social is huge, mobile is huge, and together they’re huger (if you'll permit to use a word that isn't really a word). 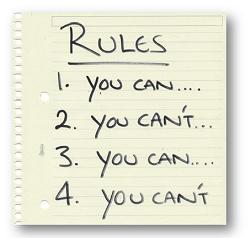 And in the process, we’re still all learning how it works and what types of rules we ought to be following.

Problem is, no one knows.  There is no shortage of “experts” in the social media space, as Tim Davis saw once again at South By Southwest Interactive last week.  And my TweetDeck dashboard is loaded with a lot of them, many trying to out-clever the other.

That's no knock on them because there's s a lot to be learned by philosophizing but even more to learn by doing.  Fact is, there are truly many smart, considerate people out there giving advice about social media best practices.  Many encourage companies and brands to experiment, be yourself, and be transparent.  Sadly, sometimes that behavior can get you in trouble.

Interestingly, in the week we announced the hiring of Lori Lewis, our new Director of Digital & Social Media Strategies, a couple of high-profile firings took place, thanks to some errant tweets on Twitter.

Even Howard Stern couldn’t save Gilbert Gottfried from getting the ziggy from the AFLAC folks after he tweeted Japanese jokes – after more than a decade of successfully giving that duck a voice.

And then Chrysler agency employee Scott Bartosiewicz lost his “dream job” in a nanosecond when he included an f-bomb in a tweet about traffic here in the Motor City. He thought he was sent out on his personal Twitter account, but of course it went out to all of Chrylser's followers.

And both guys are probably wondering how their careers somehow got off-track due to merely hitting send, probably on their iPhones or Android devices – just because it felt right at that moment in time.

Truth be told, everyone’s struggling to define the rules of engagement.  What can you say, what should you say, are you representing the company, or are you really building your own personal brand? 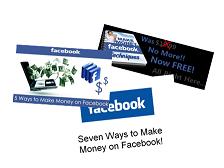 Is Facebook for generating revenue or building and growing relationships?  How can Twitter provide a seat at the table for a brand new audience?

Do location-based sites like Foursquare hold promise for discount couponing, and where do concepts like Groupon fit in?  Can radio establish its own mobile/social discount initiatives?

And from a management point of view, what are the implications of personal pages for DJs, fan pages, and Twitter accounts with a jock’s name versus the station brand?  Who’s empowered to respond on the station’s behalf?  And what happens if a DJ and a station separate – who ends up with the fans and followers?

Those rules – far from in cement – are being written and rewritten every day in radio and in other businesses, too.  In fact at many companies, there are no rules and a Wild West scene is taking place, often causing havoc and angst.

If there’s some good news here it’s that radio is not alone.  In fact, Alterian’s eighth annual survey of marketers confirms that most companies are struggling mightily with social media and customer engagement.

Before we can have intelligent, strategic, and meaningful conversations with our listeners, we need to have a better sense of how these tools work, their strengths, weaknesses, and impact.

As a company, I believe we have made great strides over the past several years as we’ve worked hard to learn and understand this space. Our Tech Surveys have been designed to help radio better understand the world around us. And I’m hopeful that our new moves get us a bit closer to figuring it out.

We’re excited about sharing the journey with you.