JacoBlog - Jacobs Media's Blog: The Cover Of The Rolling Stone

The Cover Of The Rolling Stone

Rolling Stone is running a promotion that is very similar to what consumers have heard on radio stations for years.  And in the process, they remind us of the value of unsigned bands, and by definition, local music.  But their "Rock & Roll Star" contest goes well beyond the norm.

Working with Atlantic Records, AOLMusic.com, and Bonnaroo, they are staging a contest to find the best “undiscovered acts,” utilizing online voting as the audience engagement tool.  Like a “Rock Girl” or “Battle of the Bands” promotion, they’re starting with 16 bands, and through elimination rounds, a winner will be chosen.  The lucky artists will play live on Jimmy Fallon’s show and, of course, be graced on the cover of Rolling Stone.

Garnier Fructis (the hair care brand) is the title sponsor, and one of the positioning concepts here is to connect their products to men.  (If you’ve ever attended a festival like Bonnaroo, you know the value of free shampoo.)

But this Rolling Stone promotion goes beyond the value of uncovering and showcasing local music.  It is evidence that listener-driven contests and promotions can be done on a large scale, and can energize an audience.

They aren't the only ones.  Playboy is in the middle of naming Miss Social from a field of 60.  They all look pretty much like what you'd expect but apparently have "social skills."  And yes, there's even a Facebook app for that.

I know what many of you may be thinking as you read this post: WE do this same type of promotion, so what’s the big deal? 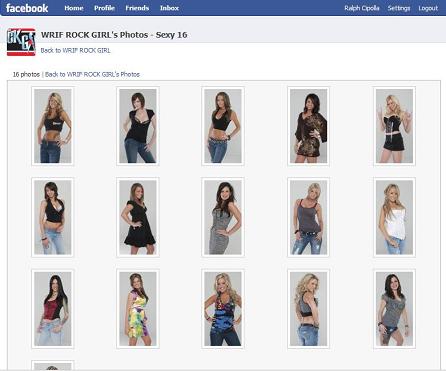 Well, the “big deal” is that Rolling Stone is making it a big deal.  They have media partners (AOL Music), a music partner (Atlantic Records), a festival/events partner (Bonnaroo), a TV partner (Jimmy Fallon), and a major sponsor (Garnier Fructis).

This synergy creates multi-dimensional support for the promotion, while also opening up the doors for millions of people to be exposed to the diminishng Rolling Stone brand.  As their readership and subscription numbers erode, Rolling Stone has strategized that the way back is to partner with other (healthier) brands, while enjoying the exposure and the integration with their audience communities.

Now you may also be saying that Rolling Stone is a global brand, so it’s not at all surprising they’ve been able to attract great partnerships for this promotion.  But locally, your radio station has brand equity, and potential partnerships, too – if you go after them.

Sadly, too often, radio stations go it alone.  The sales people run around for a couple of months, trying to sell sponsorships (too often “value added”), but the station rarely benefits from a consumer growth standpoint because these clients usually don’t even co-promote the event via their database and/or social media tools.

And too often, these events don’t have a media partner – a local TV station, a local team, the local free events paper, the cable company, etc.  Nor do they utilize local celebrities and their communities and networks.

Thinking BIG isn’t just about coming up with a cool promotion.  It’s going those extra miles to foster audience involvement, create partnerships, utilize local media outlets, and go beyond the confines of the cume to make these signature events iconic and much more successful.  For too long, radio stations have been beaten down by corporate indifference, budgtary limitations, and a sense that it just doesn't matter.  As a result, too many promotions come off as smaller and less successful than they should be.

Rolling Stone is showing us that if you want to be big, you have to act big.